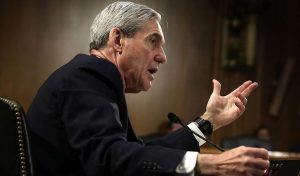 Robert Mueller’s months-long witch hunt into so-called ‘Russian collusion’ continues to spiral out of control. Despite hundreds of hours of non-stop liberal-media coverage, most Americans still know very little about the man behind the probe.

Congressman Louie Gohmert has had enough of the special counsel’s abuse of power, and he’s prepared to ‘unmask’ Mueller’s questionable history and total lack of judgment spanning decades.

In Robert Mueller: Unmasked, the GOP Representative pulls back the curtain and exposes the sordid truth surrounding the special counsel’s career.

“What I have accumulated here is absolutely shocking upon the realization that Mueller’s disreputable, twisted history speaks to the character of the man placed in a position to attempt to legalize a coup against a lawfully elected President,” writes Gohmert.