God-Sovereign SELF: Our Cosmic Homecoming 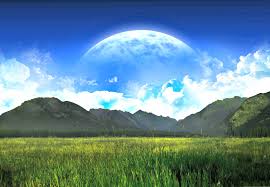 God-Sovereign SELF: our cosmic homecoming

By Lauren Gorgo, published on Think with Your Heart, on November 21, 2014

I know I am not alone when I say that I have been to hell and back since the last report…but since the full moon especially, the emotional and physical purification process has been off. the. charts.

For me personally, the recent eclipse cycle has NOTHING on November yet it’s clear that much of the compression/upheaval/trans-mutation we are feeling this month is because of eclipse-triggered events.  The shift into heavy-duty-work-mode could felt as soon as the numerology shifted out of October’s resonance…which likely means we will not feel complete relief from this cycle until November is over.

In all fairness, I was told by my team before the month began that it would be a powerfully challenging month but to the extent to which we have had to face, feel & release some of our deepest, most concealed wounds, I was mostly unprepared.  In retrospect, that’s probably a good thing.

We are not just beginning a new life, we are beginning an entirely new way of LIVING life..

Tho I think the results of what we have all just been  thru will present in ongoing revelations for a while still, one thing that has been made immediately clear to me is that whatever we just encountered within ourselves has revealed a hidden doorway that is now enabling us to walk thru and emerge on the other side of our (3D) humanity…where our God-sovereignty reigns supreme.

It’s almost like heaven’s gate was strategically placed at the bottom of our oldest, most hidden (em)oceans so we would have to deep dive to the depths of our inner-being in order to find the treasure…the (11:11) portal to our transcendence…in a very Tomb Raider™ like fashion.  There were moments when we may have felt like we were drowning, and even tho the temporary disconnection from our light was indeed suffocating in spurts, there was also that new, very distinct level of protection/detachment evident that gave us the extra edge we needed to walk thru our pain in ways never before possible.

For those who had the courage to swim into the dark unknown with only the light from within as a guide, you were given a life-changing opportunity. When we arrived at the seabed floor we were gifted with the ability to finally illuminate the substructure of the entire root system that has been feeding our oldest, and in some cases most painful, core-level wounds.  After ripping out this complex and entangled root structure, and following dozens of years of soul searching for vital lost fragments of self, we are now presented with the option to render a full-blown experience of what it means to be God-realized.

You have been through so much resolution in such a short period of time that its astounding in terms of what humanity is more commonly capable of.

From the perspective of the Pleiadians, this month is not only the typical (11) month of empowering (read: challenging) our mastery…precipitated heavily by the 11:11 gateway…it is also an over-the-top, turbocharged month of endings in preparation for not only some important new beginnings in December, but even more importantly, for new life come 2015.  This month has been unrelenting in its demands, yes, but we have to keep in perspective that we are not just beginning a new life, we are beginning an entirely new way of living life.

The last moments of this year signify the end of the level I (duality) game for some…for others, this month initiated a massive upleveling.  But for many more, the 11:11 doorway expedited some larger-than-life wake-up calls as a new, rather large group of souls begins the ascent.

The latter group’s journey is obviously going to be very different from those who began the recollection of Self in 1999, but seeing how this unfolds will be an essential part of remembering/creating the template for a new humanity, on the fly. As more people join the ascension collective, even the focus of my writing feels noticeably split between the awakening and the awakened…between those who have transcended duality and those who are still slogging thru it.

The point is, we have reached a collective demarcation point and so there is a massive sorting process in play as we all reorient to the newly opening pathways that are now appropriate for each of our individually planned next steps.

For those of you who are newly awakened, new to TWYH, please realize that I am going to continue to write from the edge of our evolutionary expedition and report back the new world experiences as a blueprint for what’s possible. If you feel drawn to the information here, but not sure how exactly it applies to you, my advice would be to trust in your heart’s call (resonance), to follow the breadcrumb trail that those who went before you have left behind, and know that you will increasingly see thru the fog as you ignite your own inner flame of truth.

Keep in mind that 100% of the journey takes place within…the dark. It’s brilliant design forces us to grow our light in order to see inside ourselves…where Home is.