GMO Apples Hit American Stores This Month: How and Why to Avoid Them

GMO Apples Hit American Stores This Month: How and Why to Avoid Them

by Daisy Luther, published on The Organic Prepper, on February 3, 2017 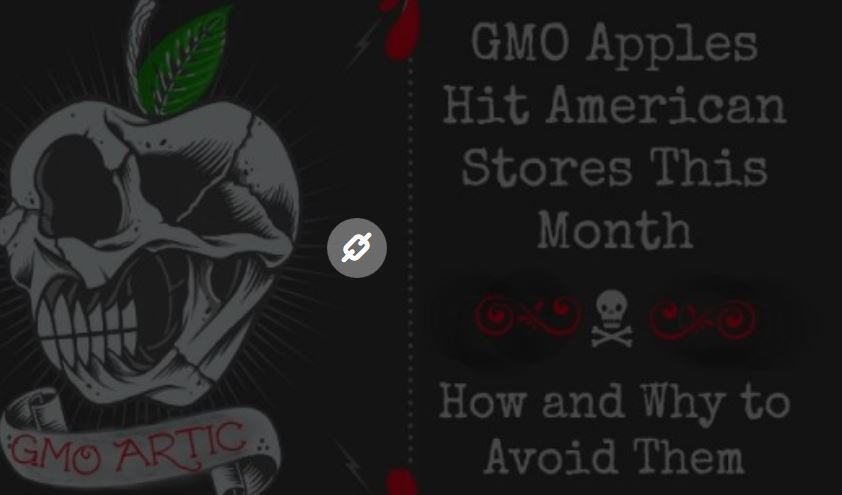 If a food company invented a new version of a typical food and then packaged it in a box without the ingredients etc. listed on the packaging, there would be quite the outcry.

So why is it that Okanagan Speciality Fruits is allowed to market a new variety of GMO apples without telling people the reason they’re so “special” is that they are genetically modified?

While the fruit won’t be explicitly labeled as a GMO product, that information will be available by scanning a QR code on the packaging. “We are selling it under the Arctic brand and we’ve had a lot of press and attention, so I assume most people will know what it is,” company founder Neal Carter said. (source)

Note Neal Carter’s words: “most people will know what it is.”

So how, exactly, will “most people know” that the fruit they’re buying has been tampered with? Are we actually supposed to carry around a QR scanner at the store to figure out what the heck we’re buying?

What apple varieties should you look out for?

By next year, there could be four different apple varieties to dodge in stores if you want to keep your diet free of genetically modified ingredients.

Golden Delicious, Granny Smith and Fuji varieties have been approved by the USDA and Canada. An Arctic Gala could be approved in 2018. Only Goldens and Granny Smiths have been planted long enough to produce fruit in commercial quantities by next fall. (source)

The Frankenfruit, which was 20 years in the making, was approved for sale in February 2015 by the Department of Agriculture. The FDA ruled them fit for human consumption a month later.

Okanagan’s Granny Smith and Golden Delicious varieties of apples, known collectively by the trade name “Arctic Apples,” are genetically engineered to resist browning associated with cuts and bruises by reducing levels of enzymes that can cause browning. 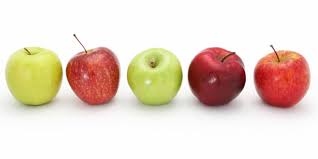 What the heck did they do to these GMO apples?

The apples in question have been altered to prevent them turning brown once they ‘ve been sliced. The apples will be sliced and packaged then shipped to 10 unnamed stores in the Midwest that will be stocking them.

There has been no word as yet about when the company will start marketing the whole apples as opposed to bags of sliced apples but you can bet it won’t be too far in the future as the company plans to plant a veritable forest of apple trees:

Right now, they are limited to a relative handful of trees (orchards in British Columbia and 85,000 trees in Washington state), but the company plans on planting hundreds of thousands more in the next few years in order to boost their supply. (source)

And if you’re wondering why pre-sliced apples are a necessity in our world, company founder Neal Carter explained:

“We know that in a convenience-driven world, a whole apple is too big of a commitment.”

And yes, he actually said that. I swear. You can find it here. (Insert deep sigh for humanity that can’t slice an apple.)

Here’s the genetic modification they made to the apples.

Apples turn brown when they are sliced, and the slice is exposed to air. The discoloration is due to a polyphenol called polyphenol oxidase. This enzyme has been silenced at the genetic level. You can read a good explanation of the full process from James Vincent at The Verge.

Here’s why this is not a good thing.

Back in 2000, Cornell University performed a study in which they discovered that polyphenols and flavonoids are responsible for many of the health benefits associated with apples. In fact, the lead on the study. Rui Hai Liu, said:

“Scientists are interested in isolating single compounds — such as vitamin C, vitamin E and beta carotene — to see if they exhibit anti-oxidant or anti-cancer benefits. It turns out that none of those works alone to reduce cancer. It’s the combination of flavonoids and polyphenols doing the work.”

Lee began studying the enzymatic browning action of apples about 15 years ago, identifying a variety of phenolic compounds and learning how these chemicals work during the apple’s browning action. (source)

While it’s important to note that some of the Cornell research was backed by fruit growers in the apple industry, in this case, they were hoping for proof of what they thought all along: apples are a healthy addition to our diet. Learning that fresh apples inhibited tumor growth was a happy side discovery in that study.

When biotech steps in, it’s profit over people.

The Cornell study was looking for positive benefits.

In contrast, the agricultural biotech company that created the Arctic Apple was working on “developing tree fruit varieties with novel attributes that benefit fruit producers and consumers alike.”

They wanted to create an apple with a longer shelf life. This extended shelf life will mean less money wasted when they pass on the older stock to unsuspecting customers.

It’s a well-known fact that the older a fruit is, the less of the original nutrients remain.

After picking, fruits and vegetables continue to breathe. This process, called respiration, breaks down stored organic materials, such as carbohydrates, proteins and fats, and leads to loss of food value, flavor and nutrients. Produce will lose heat from this respiration as well as moisture, which is one way nutrients are lost. Warm, dry air can speed this process considerably, so keeping produce cool and moist is beneficial in most cases. (source)

They also wanted an apple that could be sliced and bagged and sold for far more money than just an ordinary apple gotten from a stack at the store. Because, you know, it’s a “commitment.”

When you alter the genetics of a food for profit without regard to changes in nutritional value, you’re headed toward a slippery slope down to Soylent Green. The book Altered Genes, Twisted Truth talks about this:

It tells the fascinating and frequently astounding story of how the massive enterprise to restructure the genetic core of the world’s food supply came into being, how it advanced by consistently violating the protocols of science, and how for more than three decades, hundreds of eminent biologists and esteemed institutions have systematically contorted the truth in order to conceal the unique risks of its products–and get them onto our dinner plates.

Altered Genes, Twisted Truth provides a graphic account of how this elaborate fraud was crafted and how it not only deceived the general public, but Bill Clinton, Bill Gates, Barack Obama and a host of other astute and influential individuals as well. The book also exposes how the U.S. Food and Drug Administration (FDA) was induced to become a key accomplice–and how it has broken the law and repeatedly lied in order to usher genetically engineered foods onto the market without the safety testing that’s required by federal statute. As a result, for fifteen years America’s families have been regularly ingesting a group of novel products that the FDA’s own scientific staff had previously determined to be unduly hazardous to human health.

This book is so worth the read if you are interested in the hoax being perpetrated every single day in our grocery stores.

I could find no information about the nutrient content of these newfangled GMO apples, but given the absence of the essential enzyme polyphenol, I have to wonder if you’d get just about as much nutrition munching on sliced styrofoam as you would eating pre-sliced Arctic Apples.

How can you avoid GMO apples?

First, skip the convenience foods. Don’t purchase those little bags or lunch packs of apple slices. If you want to pre-slice apples (say, for a child’s lunch at school) sprinkle them with a little bit of lemon juice. If you start eating an apple and find it is “too big of a commitment” (I really can’t let that go) then you can put it in the freezer for 20 minutes or so to prevent browning. Any longer than that, however, and it will freeze.

Secondly, watch for the word “Arctic” on labels, stickers, and signs. Initially, the only Arctic Apples for sale will be the Golden Delicious variety. Coming soon, however, you’ll need to watch out for all of these varieties:

The best choice of all it to buy your apples from a local orchard. (Use this tool to find farms and orchards near you.) There, you can often talk to the grower and find out about his practices. Usually, they’re happy to discuss varieties, what kind of sprays they use, and when the apples were picked. I buy “older” apples that have been in cold storage from my local orchards because at least I know they’re actually from the previous season, instead of more than a year old like many that make it to the stores. (Often the bagged apples at the grocery stores are the oldest.)

Would you knowingly eat GMO apples?

I’m always interested to hear your opinions on these topics. Would you feed your family apples that have been genetically modified if you were aware of it? Or do you think it’s no big deal? Share your opinion in the comments below.