By JC Collins, published on Philosophy of Metrics, on August 2, 2014 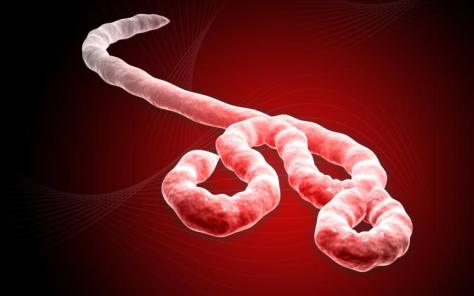 Along with sovereign debt defaults and social unrest there needs to be additional events leading into and acting as causative factors in any economic collapse or transition.  A global quarantine to fight the Ebola outbreak would offer such a factor.

There are many questionable matters surrounding this outbreak, none more so than the movement of patients around the world.  This goes against Quarantine 101 measures to battle lethal pathogens such as Ebola.

Sometimes random and real events are capitalized on for the promotion and propagation of socioeconomic plots and subplots.

Perhaps this Ebola outbreak is random but it is highly unlikely considering the large amount of evidence supporting the theory that Ebola was manufactured.  I would recommend readers to enter the world of Dr. Leonard Horowitz and read his seminal work titled Emerging Viruses: AIDS and Ebola – Nature, Accident, or Intentional.

In SDR’s and the New Bretton Woods Part 7 – Psychological Warfare and Fist Fighting, I briefly described the components of psychological operations.  Its clear to see the mechanisms of these operational components playing out on the nightly news.  Some of the operative phrases and wording leave us with the impression that the virus is not airborne but could become so, that the virus cannot be transmitted into America or elsewhere but is likely too, and that airports are beginning to set up quarantine areas in the “unlikely” event that Ebola lands.

Along with these we have the head of the World Health Organization warning of a catastrophic global pandemic and governments around the world beginning to enact legislation to begin quarantine procedures.

Around 20 years ago the seed was planted for this operation by way of mass market publications and cinema entertainment.

In March of 1995 the movie Outbreak was released and instilled the initial fear of a hemorrhagic fever epidemic in small town America.  Five months later in August 1995 the book titled The Hot Zone written by Richard Preston was released and quickly became a New York Times Bestseller.  At the beginning of the book the author thanks the Alfred P. Sloan Foundation for a research grant.

Alfred P. Sloan was a Nazi collaborator.  The obvious connections between the eugenics movement which was started in America and exported to Nazi Germany, and than exported back to America and eventually became the Human Genome Project, and the depopulation agenda of the worlds institutions, including top scientists calling for a 90% reduction in the population by using an airborne Ebola virus, and the research grant issued for the publication of such a book, will be left to the astute reader for further research.

Further social engineering continued over the years through numerous virus pandemic movies ending with the latest Dawn of the Planet of the Apes.  Like the western population was carefully prepared for terrorists attacks by such movies as The Siege, when an attack finally came in New York, the population had already assimilated the proper social meme to respond as required.

The same is now happening with this Ebola outbreak.

Once a pattern of psychological operational methodology is established and recognized the aware human can more easily discern the origins and probably outcomes of operational mandates.

So should we expect that this will become a global pandemic and reduce the worlds population by 90%?

I see that as highly unlikely given that not all persons which make up the small organized elite would support such a cause.  There are those with psychopathic tendencies in all socioeconomic groups, probably more so in the large disorganized masses than others.

Yet the obvious advantages to promoting such a pandemic and solution based quarantine fits much too well with the economic and geo-political transition which is taking place.

Allow me to explain.

This cannot be allowed as the image of official legitimacy must be maintained, which is why we see the propagation of the manufactured division between East and West with the storyline of the BRICS overthrowing the western banking institutions.

This simply will not happen.

Though some real micro resource and monetary battles are allowed, within reason, and as long as the end result meets the desired macro outcome.  The complexity of individual adaptations are not easily discerned by the disorganized masses.

A global Ebola pandemic and quarantine would shutdown international trade and commerce.  Travel would temporary discontinue and stock exchanges would be shutdown in order to protect themselves against the out of control events and the panic of populations.

This process can be molded and engineered to perfect the multilateral reset whether through collapse or transition.  The systems of the world would likely stay closed and unavailable until the full multilateral system is established and ready to be turned on.  The masses will be told that from this catastrophe comes an opportunity to balance the world and ensure fairness as the world moves forward.

Another connection between the world of microbiology and economics can be seen in the similarity of suicide killings which first began around ten years ago when microbiologists kept turning up dead around the world. Since I seldom give much credence to coincidences, the recent suicide killings of international bankers gives much for one to consider and explore when it comes to larger patterns and similarities.

Over the years we have seen many so-called outbreaks of Avian Flu, Hantavirus, Anthrax, SARS, etc.., all of which could very well have been trial runs for a larger pandemic.

Speaking of Anthrax, as I detailed in the post The Failed Alchemical Process of America – Mystery Letters and Base Metals, I received two random mystery letters at my place of employment during the height of the Anthrax scare which took place after the events of 911.  These letters still remain a mystery to me but I can’t help but think others received similar letters and the Anthrax scare may have been an attempt to scare people into not opening unknown mail pieces or discredit any letters that were opened and have them turned over to the authorities.

We are yet to know if this Ebola outbreak will become a full on pandemic followed by global quarantine but its relevancy to the forthcoming global economic and geopolitical reset should not be ignored.  Though I walked through the world of conspiracy and tend to shy away from it, the patterns visible here are verifiable and contain a level of momentum and relevancy which should be further explored.

The promises of distress and disaster which this year held at the beginning is living up to the expectations.  War, sovereign defaults, social unrest, disease, and economic collapse are all elevated and the disorganized masses are fearful.  What will we be discussing on New Years Eve?  – JC