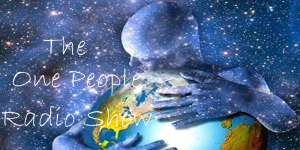 This show is essentially intended to be about the Nuts & Bolts . . . after . . . what OPPT/UCC filings accomplished by late 2012 . . . with some new TOOLS for anyone to use globally. And like all past shows this one is full of more very helpful information for all those just learning, and or going into their banks . . . as well as stellar calls from folks sharing their bank stories and what the results have been with excellent questions and points made . . . and everyone out there using these tools, or any of their own, are being called upon to call into the show and share their stories . . . so that we can all understand what is happening globally . . . with teams in each city and towns.

In this show, Scott and hosts first talked about the three points that relate to finances . . . “the bill of exchange” . . . “credit facilities” and what they are . . . and lots more!

Lisa shares that some information “came to light on Sunday . . . that is the final piece of the puzzle (via American Kabuki) . . . and is related to the post on D’s Remove The Shackles by Heather, A Little Message . . .

HEATHER: I see that every inbodyment “knowing” (look up the definition and compare to the definition of “know” ;)) is jockying for position in the perceived “universal value system” (just imagine the purported “financial system” operating in the universe) ….revaluing universal currents/currencies based on their “definition” of “universe”….sound familiar? (chuckle)(heart)

Lisa adds, “so this is a taste of what is being released for those perceived knowing inbodyments . . . definition of “knowing” was to suggest one has knowledge of a secret nature . . . AND what came to light was . . . that humans are in fact a commodity sold on a Universal (inter galactic) stock exchange by “the Divines” (those that perverted the sacred “Divine”) with DNA being traded, with serious evidence out there that this has been going on for a long time . . . and so it looks like . . . the RV and Prosperity Programs, etc (about to be launched) are going to be a re-packaging of the commodities that are sold, not just from this planet . . . to meet a more Universal standard . . . and Chris adds more information to this . . . <but I would like to add here, that I am being open-minded around this information . . . so that when the RV, PP’s, Nesara launch . . . to pay full attention for all the clues . . . is this another malevolent act? . . . or is a benevolent one? . . . in other words, nothing to get scared about . . . just do your research and pay attention, as the intel out there is being spun more wildly than ever before . . . as the end battle over human consciousness & trading comes to it’s final conclusion>. . .

. . . so from what Lisa understands, this information was the final piece in Heather needing to finalize the documents . . . in perfecting the wording (exact meaning and frequency of) . . . and Heather will be the first one to try it out and work out any bugs, finding the first bank who will agree . . . and Chris adds about the language of the original OPPT/UCC filings is critical to take into account, as they are also Universal . . . Bob adds that Heather never releases anything until she tests it herself first . . . she has already tested every possible remedy to “the strawman” fraudulent corp systems and tried out the sovereignty (freedom docs) approach . . . and so these docs are continuation of what she started so that everything is uniform and in the highest integrity . . . but that at this moment, the hosts do not know exactly what will happen . . . so we need to continue to energetically hold the space for our highest intentions for manifesting a new world . . . here is the complete “Little Message From Heather”

Chris adds more data about the galactics (about 61mins 55secs) . . . “some of the information that has been coming to him is that has been going on in the background . . . human DNA (entire bodies) and body organs have been encased in gold and exported (teleported through star gates off-world) for profit and exchange for technology (hidden from us) . . . he has heard this from two sources that validates this last bit of data . . . that may have prompted Heather to put out her little message on Sunday . . .

. . . Chris shares more about galactic relations and the Military Industrial Complex data . . . <hooray! . . . in my opinion . . . to not be talking about this is consenting to their keeping their secrets> . . . Mahalos Chris!

Callers (begins about 47 mins into show) with some excellent information Native Tribes, specifically with the Lakota . . . in N Dakota and it’s Lakota banks . . . lets take this seriously! . . . Mike, NYC comes in (about 70mins into show) with his banking story and information re bond issue, fixed income . . . with an excellent perspective with connections at higher banking levels . . .

Brian Kelly called in (about 85mins into show) . . . to add to the galactic data Chris shared (but had been hesitant about) . . . in pointing to a recent study done about “conspiracy theorists” clearly showing now they are “the sane ones” . . . “New Study: ‘Conspiracy Theorists’ Sane; Govt Dupes Crazy, Hostile” . . . with the most open logical minds (for example, investigating potential truths of 9/11) . . . but NOT getting attached to any particular information or belief . . . and how the commission report is showing more people are now opening up to the potential truth than ever now . . . and interesting to learn that the definition of a conspiracy theorist is someone “who will not accept what mainstream media reports as truth” . . . as this was planned by those at the top of enslaving humans . . . to feed deliberate information, therefore beliefs and affirmations from . . . so why it’s so important now to not attach yourself to any info or belief . . . as we are now ending the embargo on truth and where only the Absolute Data or truth will survive . . .

Brian goes onto share about a women he recently met who was so open to investigating all info Brian could send her . . . and how he noticed her empowered energy . . . Bobs adds what is being empowered and what is not.

– Lisa is waiting to hear back from Caleb on how his health is now, as well as his projects.

– Bob shares his healing status . . . he only uses wheel chair when he needs to carry things . . . uses walker only otherwise (90% of time) . . . he can cover ground much faster, but there is still some pain involved . . . keep trucking Bob!

– New “Repurposing” show with hosts Chris Hales, Scott Bartles, Hopegirl & Ryn – Sunday US 8pm EST / Monday 10am Eastern Australia (OZ) . . . here is first archive of show for July 14/15th . . . This show introduces the concepts the Repurposing, that of a multifaceted discussion on how you move an entire planetary population from one paradigm to another.

The Repurposing on Sun US / Mon OZ

The One People on Mon US / Tues OZ

The Collective Imagination on Tues US / Wed OZ

In-Joy on Wed US / Thurs OZ

The Remembering on Fri US / Sat OZ (youth based show)

The Transitioning on Sat US / Sun OZ

– And to catch Julien Wells, go to “Cosmic Community” and or “Friends in High Places”

RE Heather’s docs . . . when we get them from Heather, they will be first on Removing The Shackles, then Brian and American Kabuki will pick it up, all Lisa’s websites, and i-uv.com site . . . and from there, you will be able to download copies of docs, and uploading to share everywhere making go viral replicating . . . and Lisa is speculating it will go down this week . . . just an energetic feeling! 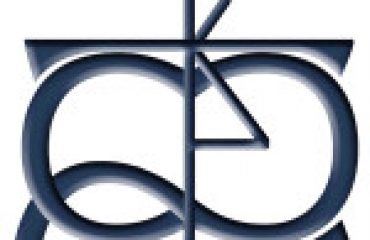