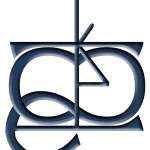 In addition to what the OPPT/UCC filings and the former trustees had accomplished by 2012 . . . I have been feeling it has also served to reconnect an old heart-based family globally once again, beginning this year. It has been like the return of Camelot’s and Lemuria’s highest human values for one and all . . . and for all of us coming together again to make certain it happens within the highest of Absolute integrity.

And this show is the first one that most deeply and eloquently expresses it all by it’s callers today . . . who are long time show listeners. So I highly recommend listening to this show.

For the first 46 minutes of show, the hosts unknowingly set the stage for this to happen, with some of their personal life sharing . . . beginning with how the new energies have been completely changing lives . . . making the tough decisions around family and friends to speak their truth, especially when they do not wish to hear it and why . . . how the hosts in general are now okay with being seeing as “calloused” in their simply being honest from their hearts . . . and no longer afraid of the outcome . . . letting go of all attachments . . .

This is because in holding Sacred Neutral space for them . . . is the most respectful and honoring of their choices you can offer them . . . and in allowing them to just be. (no more dramas or attempting to fix anything)

Brian shares his story around going from headed into lots of wealth to suddenly living on a shoe string . . . and he still laughed . . . and so was where he had his largest expansion . . . if you can train your mind to see all challenges in this way and look at it from soul perspective, everything changes.

We grow the most from the insights we have during the times when our heart is most open and most vulnerable . . . when we are afraid of being hurt . . . so we create these challenges in order to expand our consciousness . . . as once we can allow ourselves to be vulnerable and in our hearts, we no longer need the challenges. (we are waking up to who we really are)

When feeling inconsolable over a huge loss, to the point where everything starts to change and all senses are heightened . . . where we loose our sense of self and surrender because our pain has no where else to go . . . is when everything shifts and the joy can begin to shine through the tears . . . and we can begin to expand much further into feeling more alive than ever imagined . . . and this is when the real magic happens.

Chris reads what Katerina offered in the chat room . . .

“Adversity, crisis, disease is a point of friction gifted to us in order to choose differently . . . energy is dynamic, constantly in flux . . . we are the ones who solidify or crystallize it into fixed thoughts and feelings. Right now solidified energy is breaking up for the new . . . which we create”

We feel very contained when we are carrying around lots of things and relationships that no longer fit us . . . emotional attachments are the hardest . . . and especially relationships. But just remember . . . “I am responsible for my own happiness now, so you are off the hook!”

“Uncertainty is bliss” . . . if no attachments to outcome and being open to infinite possibilities.

Chris notes how everyone (all of us) “. . . in front of and linked into this shift are all needed, even if only listening!”

The beginning of very seasoned (TOP) callers, starts at about 46 minutes into show . . .

Randy (in North Carolina) shares how the energy from these shows is amazing for him. And now when he needs something, it just shows up! . . . he is such a huge manifesting inspiration to us all.

Mark (in New Jersey) . . . he intimately understands agony in life . . . we all do . . . for some of us, it has more longevity than others . . . he knows what it’s like to wonder where the next move is going to come from while he was homeless for years . . . to have do things he did not want to have to do . . . but knows there has to be the rainbow at the end (times here) . . . he just got out of this situation about 6 months ago . . . so now he will be a bridge for others. To contact him and help with his new mission – diplomarc1@gmail.com

Tom (in Virginia) . . . who went through a huge change past 3 years and epiphanies . . . appreciates this show allowing humanity to call in and let it all out today.

Mark S. . . . his story around how and others were about to launch a business . . . and a business friend said, “You know Mark , as we go into this, do not get caught up with the money . . . but take care of the people and the rest will take care of itself” . . . that set his course and heart for others in life . . . so as we are entering this new paradigm, he wanted to share this . . . his heart mission is with the elderly . . . but he is also chomping at the bit, trying to make ends meet with family and bigger things happening we are all feeling/sensing now.

Our Biggest Asset is Our Heart (of Gold) . . . and Our Goodwill is another word for Love. Priceless!

Please do not miss hearing Lydia (Texas) (about 94mins 28sec into show) . . . as she sums up absolutely everything from a perspective and so precisely . . . that had everyone reaching for tissues. One of my favorite things she concluded with was, “Even though many of us has been going through some very traumatic times . . . we hold each other right now . . . we have let go of all our expectations (of Caleb & Heather 2013 doings) . . . we have each other now . . . and she is so honored to finally be coming into contact with her true family” on this call.

Daniel (in Minneapolis) . . . shares where his at on his 40th birthday today . . . and his epiphany story . . . and he offers some nerve regeneration work for Bob, as he has had to have it done himself . . . as a kid he was told he would never walk due to congenital issues and now walks. And he states, “This is the strongest group of people (on planet) to shift things at this time”

Whitney (Montana) . . . finishes off show with a funny and wonderful OPPT love story!

– Grant See, in an Australian (Grafton, NSW) holding (jail) facility . . . there have been dozens of folks calling the facility asking why is he being held? in past 24 hours . . . causing much confusion to the corporate enforcement system (as this never happens) . . . so keep up the great work everyone in supporting one another . . . and towards repurposing the old system please! (and a correction to yesterday’s TOP show, I stated this was Graham, but his name is Grant, with apologies) . . . and I have posted more info at bottom of this post, with more clarity from Heather (with thanks to Mark Hoza).

– Hopegirl was out of funds recently, but when she asked for help, she immediately got it, allowing her to proceed with projects . . . so never underestimate asking for assistance.

Lisa states that, “This is one of the most emotionally heart filled shows ever”, and show concludes with another of Geri’s wonderful poems.

I spoke to the Lady from the court Her name was Lee Asia. She was getting smart about me asking. I said I have every right to ask about my mate.

Department of Attorney General and Justice

(angel) for the legitimate purposes of a criminal investigation or criminal proceedings, or

Maximum penalty: 100 penalty units, or 2 years imprisonment, or both.

(2) For the purposes of this section, any sensitive evidence in the possession of a person is

(angel) the person was given possession of the sensitive evidence by a prosecuting authority in or in connection with a criminal investigation or criminal proceedings, or

“public official” has the same meaning as in the Independent Commission Against Corruption Act 1988 .

<<< The validity and enforceability of a UCC filing is determined by the courts.No. The UCC actually tells you that it is not:

THE PURPORTED COURTS HAVE NO ROLE OTHER THAN THE ONE YOU CHOOSE TO GIVE THEM….THE BANKS/FAMILIES GIVE THEM THE ROLE OF DOG AND PONY SHOW TO HIDE THE FACT THEY ARE NOT NECESSARY (chuckle)

Jarrafusa: that data was made visible back in january 😉