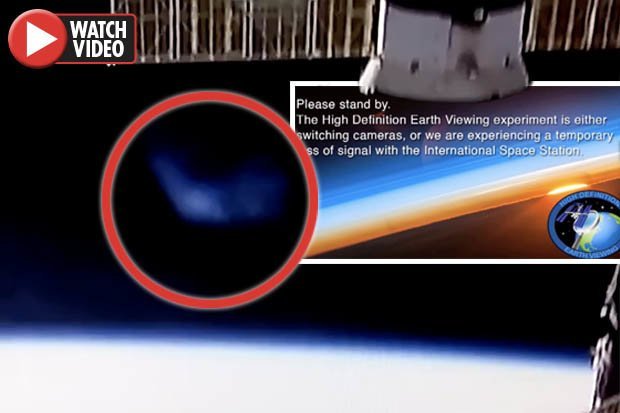 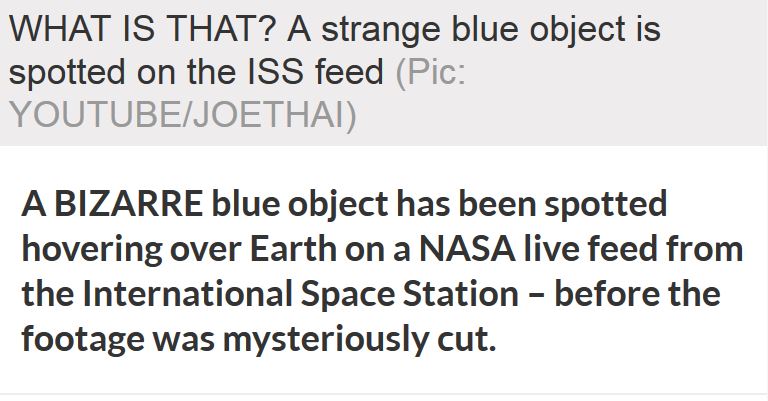 UFO? NASA Live shutsdown right after this object appears next to the ISS

In a video posted online, a mysterious object seems to appear above the planet.

The glowing object – which appears blueish in hue with a white centre – can be seen in the background of NASA’s live feed.

As the camera zooms in, the alarming size of it becomes clearer as it towers over the planet.

Bright-blue gases surrounding the figure seem to shift and change on the screen, appearing in the background behind the International Space Station.

It is not just space where UFOs have been seen in recent months.

Earlier this week, there were fears an alien portal had opened up in Australia during a thunderstorm.

It comes after Daily Star Online revealed how alien technology may have been used in the biblical story of the walls of Jericho.

And it all started with Moses.