by Baxter Dmitry, published on Your News Wire, on December 25, 2017 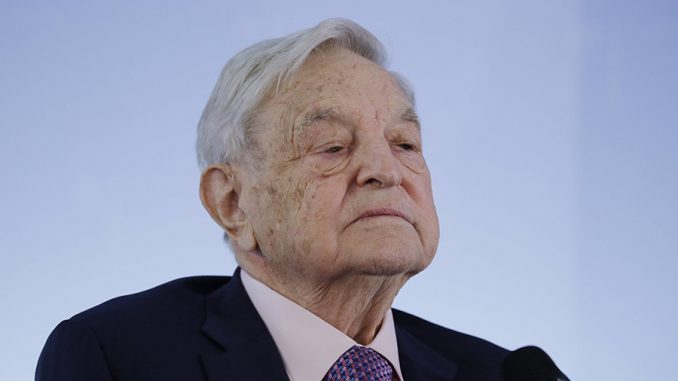 George Soros suffered a “massive heart attack” while inspecting a new faculty building at his private university in Budapest, Hungary on Sunday morning, according to Hungarian reports.

Soros had been complaining of “severe indigestion” and “foggy thinking” in the early hours of the day, according to reports,  and began to feel unwell while meeting staff in the new faculty building, announcing that “the hand of God has seized me by the neck.”

Dismissing suggestions he was reacting badly to his traditional Christmas Eve lunchtime meal, Soros staggered outside in search of fresh air, before collapsing just outside the gymnasium of the Central European University.

The globalist billionaire, who recently donated $18 billion to international liberal causes, collapsed against a wall, before slumping to the ground where he was found “lying on his side, whimpering softly.”

After 15 minutes of CPR the paramedics arrived and took over. Soros was given the defibrillator three times and they managed to restart his heart and take him to a private residence where he where he underwent triple coronary artery bypass surgery.

Soros’s private heart specialist has reportedly given the world’s most generous donor to leftist causes “just over 33% chance of survival” and warned the octogenarian he may require an Implantable Cardioverter-Defibrillator (ICD) in his chest to regulate his heart.

The cardiac arrest has sparked fears in liberal circles for the Hungarian-American financial speculator. Neither the Soros family or the Open Society Foundation has publicly comment on George Soros’s condition.