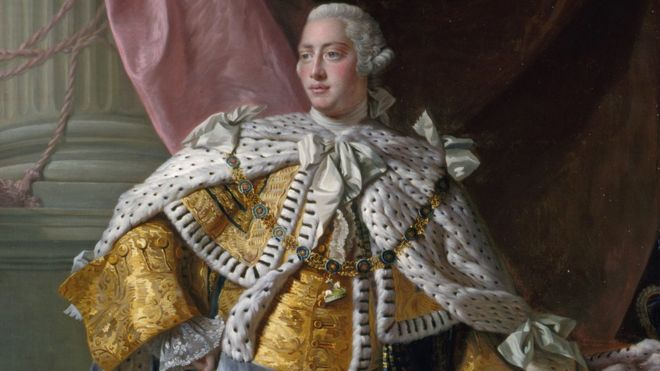 A draft letter of abdication written by King George III during the American War of Independence has been made public for the first time.

The unused letter – which includes crossings out, redrafts, blotches and scrawls – was written when the king faced political trouble in March 1783.

In it, George said he intended to exile himself to Hanover after he abdicated.

The letter is one of 350,000 pages in the Royal Archives to be digitised and made available to view online.

The exploration of the Georgian archive, which includes the private papers of George and his wife Charlotte, is the subject of a new documentary, George III: The Genius Of The Mad King.

Filmmakers, who had access to the Royal Archives at Windsor Castle, uncovered letters that showed the king – who reigned from 1760 until 1820 – had a network of private agents.

One, code-named Aristarchus, asked for payment for intelligence that France was plotting to assassinate the king – dubbed “the mad king” – as he walked at night in the Queen’s Garden. 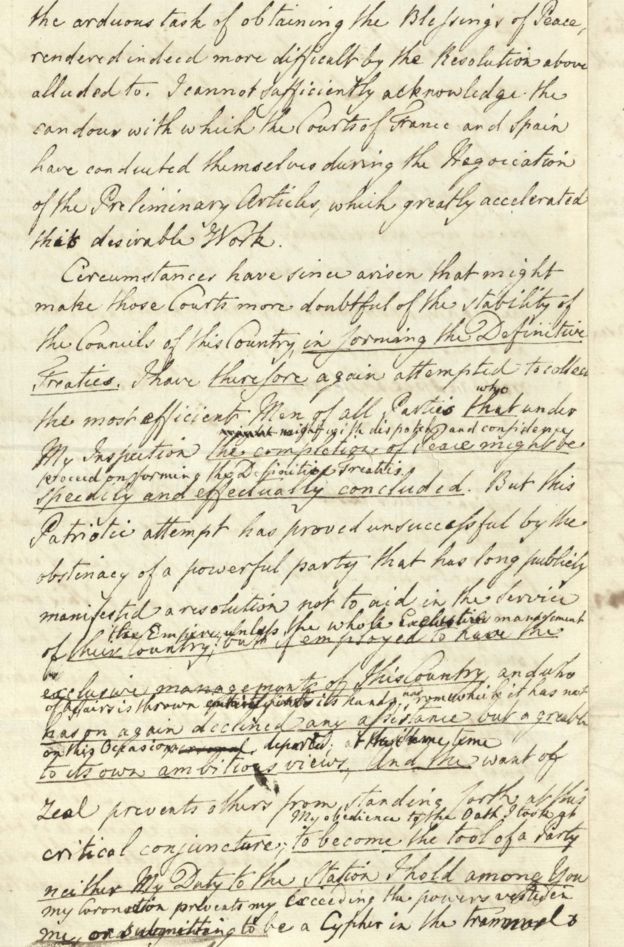 The handwritten letter included blotches and crossings out

Another discovery was a blonde lock of the hair of Prince Alfred, who died when he was a baby, sewn into a letter from Charlotte.

Academics also uncovered a letter in which the king told Prime Minister Lord North how the Prince of Wales had an “improper connection” with an actress who was blackmailing him.

Historians says the papers show George, often derided as the king who lost America, had taken a keen interest in the details of the American War of Independence.

“He is processing knowledge on a proto-industrial scale as a part of his role. He’s the best informed chief executive this country has ever had,” he said.

The documentary will air on BBC Two on Monday 30 January at 9pm.