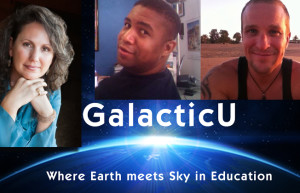 This is the first of a two part series of my interview with Sierra. I was asked by a few people to get this up on YouTube so ask and ye shall receive! Re-listening to this interview actually helped me to remember how important it is to stay grounded during these times of perceived chaos. I posted an announcement to this show when it aired but only linked to it as a suggested listen once part II came out which is of Sierra interviewing myself as well as Bob Wright. I will be posting that one as well. Big thanks to Sierra for having us on her shows and to BZ for getting them up on YouTube! ~BK

Sierra Neblina interviews Brian Kelly on his views of alternative media, conspiracy theories, the fraudulent nature of the financial system, how to take our power back, the shift of the ages, creating a new cultulre, the signs of a changing world, the RV (currency revaluation), the world being under Vatican rule, Sept 1st predictions, the nature of money/gold/currency/value, coming Universal Value system, living to our full potential and many other amazing topics. This is an info packed interview you do not want to miss!

Here is Part II. I originally posted this back on August 8, so this is a refresher for all those who listened the first time around. ~BK

The first segment was packed so full of amazing content, we decided to do a sequel! In this round of discussion Sierra interviews Brian Kelly and Bob Wright, hosts of The One People and Collective Imagination radio shows which air every week on www.5dmedianetwork.com, to discuss their awakening, the One People’s Public Trust, the fraudulent nature underlying all of Bank Trade & Finance, fractional reserve lending, promissory note monetization, federal birth registration, corporate governance, foreclosure of the United States of America Inc., the Uniform Commercial Code, how all US Citizen’s debt is pre-paid, creation of the Strawman acct, debt slavery, labor of the people as security for the national debt, how to emotionally process finding out about living in the matrix, challenging banks and creditors of fraudulent debt, the nature of money/value/gold, real value being IN the people, foreclosure of the IMF, Federal Reserve and every bank and corporation in the world, fraudulent nature of statutes, laws and codes, knowing your rights, how to respectfully challenge authority, the coming new value system, the Pope’s power to abolish all laws in the United States, signs of a changing world, the currency Revaluation and lots of other good stuff!