Gaia and The Emerald City 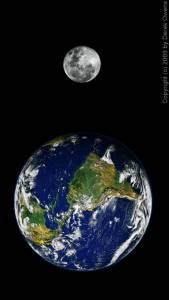 Gaia and The Emerald City

by Lisa Gawlas, published on The Shift of Time and Energy, on January 13, 2017

This has got to be a first, I have the title of this sharing and the artwork I am going to use, before I even type the first word!!  Things they are changin’.

The last hours of yesterday and the second I opened my eyes this morning, the focus happening within me was the construct of Gaia and what we are calling The Emerald City as well as the information coming out of the ET session the other day.  What I am going to share is as close as our functioning mind can understand.  What we are doing and how we are doing it is so multidimensional that there is no real way to come close in expression of how this is all happening and coming together, but this close enough as a working model.

This image I am using, forget that the smaller planet above the earth is a moon, in this sharing, it is not a moon, but the sphere of energy called The Emerald City.  The scale of size would be as close to accurate as we can get.  However, the image of the moon, that is representing the emerald city, is not solid and at the same time, is the very place our teams called the planette several days ago.  A smaller version of the planet of gaia, but more a holographic planet, not made of matter like gaia is.

If we look at the three ships from the ET reading I shared yesterday, the one that was pure energy, which is what our souls are, creates a pocket in space to work with.  Imagine like creating a massive bubble that we enter and live from.  A living hologram.

We have spent lifetimes clearing our energetic and mental bodies to be reading to enter and seed the emerald city.  WE are the living prototypes of our next world emerging.

The way I see it, the I have to see it to make our story and even relationship make sense in application, is a massive tiny planet like system made of light above the earth.  Our teams are very adamant that we realize where we are at now is NOT the working system of Gaia, but the place called The Emerald City.  Everything we do in this place, affects Gaia, however as spirit keeps saying, this is creating the changes Gaia is going thru, but does not affect us or our placement within this energetic model of life emerging and merging. 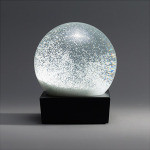 Come to think of it, thru several of the readings last year and maybe even the year prior, quite a few times someone would show up in the field looking like they were either in a snow globe or large bubble.  Without ever realizing the depths of what we were seeing, we were seeing the entrance into the emerald city.  Of course, this concept wasn’t even presented in readings until what November of this past year?  I suppose, if we didn’t do the inner and outer work needed, the timeline would have been put off a year or so, but as dysfunctional as we may feel (spiritually speaking) we really do have our shit together!  Imagine that!! lol

So let’s look again at the three ET’s that showed up for my most recent lady.  The ones creating the hologram, the prototype of new life.  Then those from planet A that is creating the chemical mixtures that will bring physical life into their prototype, then those from Sirius that release the particles of matter to create the form, livable and seeable on the planet.  WE, you and I, are doing all three in a single body!!!  And we wonder (well, I do, lol) why this is such a freakin rough ride!!

In order to be a working prototype, we must already be living that energy.  To completely simplify what that means, we must already be living unconditional love and nonjudgmental.  Without those two main qualities, there is no entrance to the emerald city.  Many many humans are still refining their energy systems, however, we have hit what many would call critical mass to enter and form the emerald city itself.  We did this last year.

If we can also look at this emerald city as a place that does not house the dense duality energy like gaia does.  It allows all of our soul abilities to come online.  Of course, we still have to practice, practice, practice just like going to a gym and working new muscle groups into greater strengths and then even, working with others who have strengthened their unique muscles/abilities to form a greater whole.

Holy shit, I cannot believe I just had a massive flash of a download that happened over many days back in 2001, shortly after the twin towers came down.  I even tried to put something together to start that download into our physicality and I called it “Healing the Nations.”  Obviously it never got full lift and I stopped trying.  It’s kinda funny, anytime we get downloads from spirit, it always feels so urgent, so “do it right now” and yet… they seeded me, my consciousness 15-16 years before…

So back to the point of this sharing lol, in the holographic field called the emerald city, a place with no ceiling, floor or walls, what we are actually working with, seeing thru the readings, is the new energy, the full spectrum energy we are creating within the dirt, the trees, the air and even, within ourselves.  Once it is brought into view, it is always there for anyone to work with, get familiar with, go beyond.

As we do, we are creating and releasing new chemical compounds in our bodies that is changing the cellular body we are housed in, which is also changing the field of matter called our bodies.

The deeper we get into this hologram, the more new energy is being sent to gaia, extracting by virtue of penetration old energies no longer viable on the planet.

If there was a measuring stick to all of this (there isn’t) lets use a yard stick.  Gaia being at the bottom of the yard stick, the emerald city being at the top, with each wave of new energy flooding the emerald city and we integrate, it releases old energy from gaia and each one gets an 1/8 of an inch higher (gaia) and lower (the emerald city) to each other.  There will come a time when the two are no longer functioning separated but merge as to one whole system of planetary energies.  This is a process, nothing that will happen today and tomorrow as a full merger, but is underway as we speak.

It is more important now than ever, to keep your nose out of old concepts, because YOU are the one bringing in the New!!!

I love you all soul, soul much!!  Thank you for all you have done, inside and out to bring our reality to this amazing place of Life!!