G o d and the Power of Love 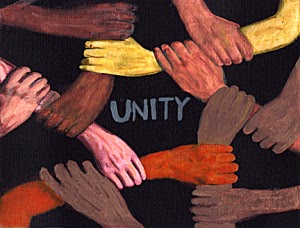 G o d and the Power of Love

My son Sam went to a Catholic school and we drove past the other day. He is learning to drive and up to that point his driving was measured and fluid. The sight of the school brought up some old grievances and pretty soon my foot was going for the imaginary break. His driving really isn’t the same when he’s angry. What we got down to in our conversation amidst my concern for my safety, was that for him, the school represented the squashing of life. The picture I got in my imagination, was a foot on his throat. Systems do that and fight not to ensure the best interests of all, ahead of their own ‘survival’.

For Sam religion is behind that, in particular Christianity and I can see his point of view. Coming to mind now is a line doing the rounds on social media. “Jesus was not a Christian, Mohammed was not a Muslim, Buddha was not a Buddhist.” What Jesus had to say about his own purpose was, “The thief is only there to steal and kill and destroy. I came so they can have real and eternal life, more and better life than they ever dreamed of.” John 10.10, The Message. For me, if life is not present and fostered, there is no God or spirit in it, at both a group level and an individual experience.

I’ve been reading the New York best seller ‘The Shack’ in the last few weeks. It’s the tale of a man’s devastating loss by the abduction, rape and killing of his youngest daughter; his grief and rage and subsequent conversations with God. The mind could go straight to, O God not another twee book of how nice God really is in the face of the horrors of this world, but for me it goes a long way to countering that; going to some surprising places in what it has to say and in the way it goes about it. For a start, ‘God the Father’ shows up as a woman and no, not in drag. :D.

If you were lucky enough to grow up free of the dogma of Christianity or any other religion for that matter, you will be one of the few. The twisting of scripture to harness servitude is rank in our world and so many institutions have much to answer for in this regard… about half way into The Shack, p 129 in my copy, one comes across an interesting commentary: Papa God as a woman speaks – “In your world the value of the individual is constantly weighed against the survival of the system, whether political, economic, social or religious – any system actually. First one person and then a few and finally even many are easily sacrificed for the good and on going existence of that system. In one form or another this lies behind every struggle for power, every prejudice, every war and every abuse of relationship. The ‘will to power and independence’ has become so ubiquitous is is now consider normal.”

Jesus picks up the conversation, “As the Crowing glory of creation, you were made in our image, unencumbered by structure and free to ‘be’ in relationship with me and one another. If you had truly learned to regard one another’s concerns as significant as your own, there would be no need for hierachy.”

Some indoctrinated in one shape or another, will still be back battling with God being a woman. If that’s you, a simple way of coming to terms with this is to remember that in the story of creation, man was made in God’s image before ‘he’ formed woman from his rib. God must therefore be both male and female.

The passage speaks much to me of the important underlying need of our time, relationship. Our desperation for ‘freedom’, can have us looking ‘out there’ for happiness, when the kingdom of God according to Jesus (Matthew 10.7) is at hand, available in the here and now. It is available to us, when we are willing to set aside what we see as ‘right’ and choose to see it instead as a perspective. When another’s concern becomes our own, we have the opportunity to see in a new way and a whole new world opens up, a world of unity and peace and joy. May it be yours!

The truth is we are not independent of one another. We are one, in mysterious and wonderful ways.