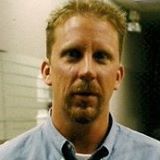 Hello everybody I have Great news! I received notification today from the documents that I sent that awhile back. Today I found out my entire student loans are erased! All $160,000!Yeah ha ha ha ha! This sheiat really works and I’m so glad to be a part of this with you! All of you have helped me so much! I m overwhelmed with gratitude! That means the garnishment on my Check is fixing to disappear! \o/ (music) (bow) Yeah baby! I made sure to let him know that I new who he was, and that I knew who I was. What was funny was when he started kind of dancing around the fee schedule that I sent him and basically what he was telling me was that he wanted me to sign a release form ASAP! So that he would not be liable, while caramelizing it as doing me a favor as eliminating my student loans. I took this is an opportunity to remind him that he was only really releasing me from paying back a loan that was my money to begin with.Meanwhile, I’m in the process of moving up to Bob’s in Pennsylvania.The SL Guy was Frantic about the fact that that I just changed my address and I wouldn’t be able to sign his release form until the beginning of next month. Funny as hell. I had a Skype conference with Bob and Brian and we’ll be uploading documents and success story when I get to Pennsylvania. Thanks everybody and keep filling those
documents.