Free Energy Update — Ralph Ring — Africa — An Invite for All Innovators to Step Forward — NOW is the Time! 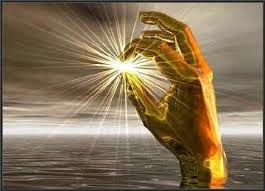 Free Energy Update — Ralph Ring — Africa — An Invite for All Innovators to Step Forward — NOW is the Time!

(NOTE: as of this post the recorded conversation with Ralph Ring is still being uploaded to YouTube. It’s 10 hours in and only 50% done! Should be ready to post tomorrow)

When I first heard about the “car that runs on water” concept, I was more excited than a five year old on Christmas morning. We had the plans, the skills, the know how and the contacts to make this happen. To get it in the hands of the people around the world who need it most. Pull the plug on big oil. Eliminate the demand for fracking. Clean up the air. Clean up the sea. Stop the madness of feeling robbed every time we pull up to the pump.
Of course I was excited, everything was moving forward perfectly and at lightning speed no less. People from all around the world were stepping up to show their support. Then came Paul Pantone…
Paul was one of the masterminds behind the GEET technology. Quite a few years back he even made attempts to secure a global patent on his discoveries, to protect his intellectual property. None of those patents were still valid, and even if they were, there was no present day validity, as the UCC filings brought forth by The One People’s Public Trust reconciled the entire patent and trademark system, legally, lawfully, and as a matter of public record. Despite all this, Paul was not going to back down. He felt the OPAL Tour was attempting to “steal” his ideas and distribute them without his blessing. Anyone who followed this story knows that it caused quite the stir, even within our inner group. More can be read about how this transpired, in this article I shared back in October.
I have no intention of rehashing this discussion. Any one who participated knows where I stand on the concept of “owning an idea,” so it bares no need to repeat. I share this piece of the story in hindsight, as it represented the first sign from the Universe that this is not the tech project we were intended to launch. How does one apologize, when there’s so many souls to apologize to? The answer; do it publicly. While I know that the majority of the readers of this blog and those who follow my work, know full well that my intentions are pure, I still have to be able to admit that my plans were a bit presumptuous and slightly miscalculated.
Does the technology work? Yes, I have seen it with my own eyes. Did we, and do we still, have a contact that knows how to build them? Yes, his name is Daniel and he studied directly with Paul. He is the reason we introduced this element to the tour. Watch a video of Daniel showcasing the tech at a conference here. His support would enable us to get the tech and the training tools into the hands of the people. Were there limitations with the tech? I would find out later that, yes there were, and there were quite a few. First, car engine conversions had to be on vehicles with a carburetor. Not a deal breaker, so long as you’re working with a car that was built pre 1990. This element alone eliminated the majority of autos that could be converted, at least in the US market. Second, at the moment the converted vehicle needs to be a manual transmission. Clearly, this element further reduces the amount of cars capable of conversion. There was little deterrence from the original plan when these discoveries were made, considering there was plenty of access to used cars that fit these parameters, and they could be purchased for relatively cheap for anyone truly interested in getting one setup.
The biggest challenge came in the fabrication of one of the parts. This particular piece is called an “air management valve.” It can be found on page 14 of the included Small Engine Conversion Plans below (NOTE: the design within the plans is not the most efficient design of the part). This part controls all of the air flow. It is an integral part and requires heavy duty metal fabrication. If the measurements are off, even by 1/10th of an inch, the air flow is off and the engine will have major issues. In the first couple weeks of the tour, we were able to make a contact in Canada who has direct access to the machinery used for the metal fabrication. After weeks of attempting to get the proper CAD drawings developed and the perfect valve fabricated we reached our first stalemate. I was able to get Thomas Stoltman, our good friend who hosted the event at his home in Tehachapi to jump in and assist with this process. His background in design and drawings were a good fit for this task. (UPDATE: I just spoke to my metal fabricator contact from Canada and the air management valve is ready and being shipped to Daniel this week).

Right around this time is when Ralph & Marsha Ring entered the picture. A nice introduction to just a small piece of Ralph’s work can be seen in this YouTube video.

After a few lengthy discussions with the Rings and having them on the radio shows two weeks in a row, we instantly felt as though we were spinning our wheels trying to launch a 6th grade science project, when doctorate level theses inventions had already been created and were simply waiting to be launched. My rational mind started asking questions like, “how long will it take to convert enough vehicles to actually make an impact?” The response I get from within, is “far too long.” So, instead of abandoning the project entirely, my hope is to put out all the information in full transparency, share it freely, which will allow anyone with proper skills and enough interest to take the ball and run with it.
For those with a serious interest, I can even put them in direct contact with Daniel, so they have a live voice to assist with any technical issues that surface and someone to bounce questions off of, or consult around functionality, efficiency, feasibility, etc. Considering all the data above, the conclusion I drew is that, the conversion of generators for a cheap source of power is a much more turn-key and efficient process than converting autos. The reason for this is, cars are unique. Each one is different. Varying parts, space to work and install the needed materials, all vary depending on the automobile. Because of this, mass production becomes extremely challenging. I’m sure this is probably the major reason Paul has had very limited success in his desire to bring more exposure to GEET.

Now, in regards to generator conversions. First of all, Daniel brought a working generator to our event in Tehachapi. Everyone who was present saw with their own eyes a generator that was powerful enough to power another generator that was plugged into it, using a combination of a small amount of gas and diet pepsi. It was amazing to watch the looks on people’s faces when they could see for themselves that this was real. So, it begs the question, why don’t we simply focus on mass production of GEET/style (I say GEET/style because there has been modifications to Paul’s original design, mainly in the air management valve) generator conversions? Answer: any engine smaller than 4cyl is not capable of running on water alone. There still needs to be a small amount of fuel. Not a major issue, until you consider what has transpired as of late with devices such as Hope Girls’ QEG (quantum energy generator). A device that can power a house using NO fuel whatsoever. It pulls its energy straight from the quantum field. Makes GEET seem a bit obsolete doesn’t it?

I don’t want to create the perception the water engine tech is being abandoned. It’s not. We’re simply allowing the Universe to move aside the old and outdated to make room for the more modern and advanced. Why build a house with Legos when there’s a stock pile of concrete and reinforced steel just a stones throw away?
This leads us to present day here in Morocco. Two nights ago I had another amazing talk with Ralph and Marsha Ring. I also invited onto the call D from Removing the Shackles, and her husband Nick, both huge supporters of Ralph’s work. We had an amazing discussion which I converted to a YouTube video which I share below. During the call we shared with Ralph our intentions of creating a community here in Morocco, with an emphasis on zero point technologies. What we have here is the ability to provide a safe space for inventors and engineers to create without the fear of being shutdown or silenced by the old world power elite. A luxury that’s hard to come by in most other places in the world. Ralph and Marsha were both highly excited and enthusiastic. They are assisting us to put out the call to all his pods from all around the world, so that they too may know about our plans for bringing zero point tech and many other ground breaking innovations to the world, using Morocco as a hub for creation and distribution. This isn’t about rebuilding Africa. It’s about using Africa as a launching pad and safe space to showcase to the rest of the world what is possible, and more accurately, what is coming. We have all the connections to the land, housing and resources here in Morocco to make this dream a reality.

NOW is the time to DO! Whether you have a free energy device, some form of new innovative tech, an idea for building a new world, or would simply like to participate energetically in some fashion, we want to hear from you! My direct email is briankellysblog@gmail.com. Or, I can be reached on Skype at brianji5d, Project XIII at brianpkelly, and Facebook at www.facebook.com/bkellybroiler.