France lashes out against US dollar, calls for ‘rebalancing’ of world currencies

France lashes out against US dollar, calls for ‘rebalancing’ of world currencies 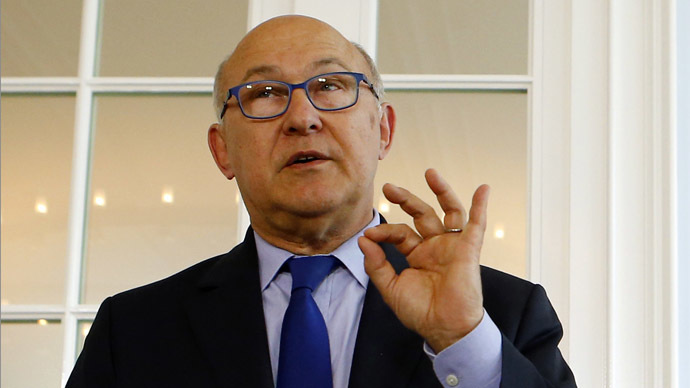 The French government wants to break the monopoly the dollar has on international transactions after the country’s largest bank, BNP Paribas, was slapped with a record $9 billion fine and a 1-year dollar trading ban.

Michel Sapin, the French finance minister, called for a “rebalancing” of the currencies used for global payments, saying the BNP Paribas case should “make us realize the necessity of using a variety of currencies” the Financial Times reports.

“We [Europeans] are selling to ourselves in dollars, for instance when we sell planes. Is that necessary? I don’t think so. I think a rebalancing is possible and necessary, not just regarding the euro, but also for the big currencies of the emerging countries, which account for more and more of global trade,” the finance minister told the FT at a conference over the weekend.

France wants to bring the euro to greater prominence in international trade. Sapin said he would raise the idea on Monday when he meets in Brussels with eurozone finance ministers.

BNP was punished for helping counties like Iran, Sudan, and Cuba process $30 billion in transactions which are illegal under US law, since they violate US sanctions. Starting on January 1, 2015, the bank will not be able to carry out dollar-based transactions for one year.

The French government has called the fine and 1-year ban unreasonable and unfair, as it blocks the country’s largest bank from handling dollars, which is the dominant currency in global trade. Nearly 90 percent of all deals in the $5 trillion a day foreign exchange market includes the US dollar.

Heavy-handed sanctions from the US and Europe have forced countries to also look towards other currency options. Russia, for example, is actively working to de-dollarize, and is starting to use the Chinese yuan and other Asian currencies in trading.

Dollars dominate most oil and gas pricing, another cycle France hopes to break.

Christophe de Margerie, the CEO of Total, France’s largest company, says other currencies can be used in oil purchases, even if the benchmark is left in dollars.

“The price of a barrel of oil is quoted in dollars,” de Margerie said. “A refinery can take that price and using the euro-dollar exchange rate on any given day, agree to make the payment in euro.”

The US and OPEC countries have traded oil exclusively in US dollars since 1971.

5 Comments to “ France lashes out against US dollar, calls for ‘rebalancing’ of world currencies”