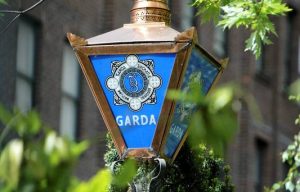 GardaÍ have identified 14 victims suspected of being abused by members of a paedophile ring operating in Munster.

Six women and five men, all members of an extended family, are currently being questioned by gardaí investigating the activities of the ring.

A source said that gardaí are likely dealing with the worst paedophile ring in the history of the State.

They are suspected of letting strangers rape and sexually abuse the children in exchange for cash.

The suspects range in age from their 20s to their 70s and are all Irish nationals.

It is understood that the victims, both male and female, range in age from toddlers to children aged 12.

The 11 suspects were detained in a major Garda operation that spanned three counties and involved local officers and detectives from a unit specialising in tackling child abuse and domestic crime.

Senior gardaí told Independent.ie last night that the raids and arrests were the culmination of an investigation that had been under way since early last year.

Officers said details emerging about the sex abuse and exploitation of the young victims were “horrific”.

They said the abusers appeared to have been operating as part of an organised sex ring and were known to each other.

Child care services were alerted about the abuse and were in close contact with gardaí during their inquiries.

Care agencies were informed last night about the arrests.
Tusla was notified about the suspected abuse more than a year ago when some of the children were taken into care.

That information sparked off the Garda investigation that began in west Limerick and spread to other counties.
The suspects were arrested in a series of raids on homes in counties Limerick, Cork and Tipperary that continued throughout yesterday.

Under the legislation they can be held without charge for a maximum of 24 hours, excluding rest periods.

The victims are all from an area in west Limerick.