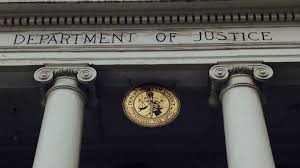 Ron Rockwell Hansen, 58, a resident of Syracuse, Utah, and a former Defense Intelligence Agency (DIA) officer, was arrested Saturday afternoon on federal charges including the attempted transmission of national defense information to the People’s Republic of China.  The FBI agents took Hansen into custody while he was on his way to Seattle-Tacoma International Airport in Seattle to board a connecting flight to China.

“Ron Rockwell Hansen is a former Defense Intelligence Agency officer who allegedly attempted to transmit national defense information to the People’s Republic of China’s intelligence service (PRCIS) and also allegedly received hundreds of thousands of dollars while illegally acting as an agent of China,” said Assistant Attorney General Demers.  “His alleged actions are a betrayal of our nation’s security and the American people and are an affront to his former intelligence community colleagues.  Our intelligence professionals swear an oath to protect our country’s most closely held secrets and the National Security Division will continue to relentlessly pursue justice against those who violate this oath.”

“These allegations are very troubling in their description of conduct that runs contrary to how we identify ourselves as Americans,” said U.S. Attorney Huber.  “On the other hand, revealed details of this lengthy investigation reflect effective performance and dedication on the part of the men and women of the FBI and their partners.”

“The allegations in this complaint are grave as it appears Mr. Hansen engaged in behavior that betrayed his oath and his country,” said Special Agent in Charge Barnhart.  “This case drives home the troubling reality of insider threats and that current and former clearance holders will be targeted by our adversaries.  The FBI will aggressively investigate individuals who put our national security at risk.”

Hansen will have an initial appearance Monday, at 5 p.m. EDT in U.S. District Court in Seattle.  He is charged in a 15-count complaint, signed by Chief Federal Magistrate Judge Paul M. Warner in Utah Saturday, with attempting to gather or deliver national defense information to aid a foreign government.  The complaint also charges Hansen with acting as an unregistered foreign agent for China, bulk cash smuggling, structuring monetary transactions and smuggling goods from the United States.

According to court documents:

Hansen retired from the U.S. Army as a Warrant Officer with a background in signals intelligence and human intelligence.  He speaks fluent Mandarin-Chinese and Russian.  DIA hired Hansen as a civilian intelligence case officer in 2006.  Hansen held a Top Secret clearance for many years, and signed several non-disclosure agreements during his tenure at DIA and as a government contractor.

Between 2013 and 2017, Hansen regularly traveled between the United States and China, attending military and intelligence conferences in the U.S. and provided the information he learned at the conferences to contacts in China associated with the PRCIS.  Hansen received payments for this information by a variety of methods, including cash, wires and credit card transactions.  He also improperly sold export-controlled technology to persons in China.  From May of 2013 to the date of the complaint, Hansen received not less than $800,000 in funds originating from China.

In addition, Hansen repeatedly attempted to regain access to classified information after he stopped working on behalf of the U.S. Government.  Hansen’s alerting behavior ultimately resulted in the participation of a law enforcement source from whom Hansen solicited classified information.  Hansen disclosed to the source his ongoing contact with the PRCIS, including in-person meetings with intelligence officers during his trips to China.  Hansen told the source the types of information his contacts in China were interested in and discussed working with the source to provide such information to the PRCIS.  Hansen suggested he and the source would be handsomely paid.

Complaints are not findings of guilt.  An individual charged in a complaint is presumed innocent unless or until convicted of the crimes in court. Hansen faces a maximum penalty of life in prison, if convicted of attempted espionage.  The maximum potential sentence in this case is prescribed by Congress and is provided here for informational purposes only, as any sentencing of the defendant will be determined by the assigned judge.

Assistant U.S. Attorneys Robert A. Lund, Mark K. Vincent and Karin Fojtik of the District of Utah, and Trial Attorneys Patrick T. Murphy and Adam L. Small of the National Security Division’s Counterintelligence and Export Control Section are prosecuting the case.  Prosecutors from the U.S. Attorney’s Office for the Western District of Washington assisted with this case.