by Amy Goodrich, published on Natural News, on February 07, 2017 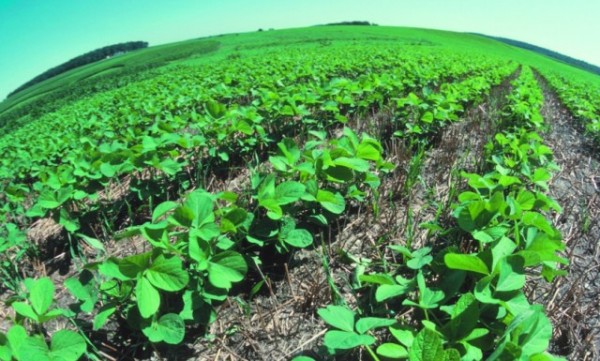 (Natural News) As the nation’s appetite for organic food is growing at roughly 15 percent per year, fake organic products are flooding the market. After suffering years of decline during the recession, the industry’s share of the U.S. food consumption now accounts for five percent, and that number is going up fast.

In fact, fresh organic foods are becoming so popular that consumer demand is exceeding the domestic supply. Therefore, the U.S. has been forced to look for organic foods elsewhere.

These imports, however, come with some quality issues. Speaking at the Northern Plains Sustainable Agriculture Coalition annual winter conference in Aberdeen, SD earlier this year, John Bobbe has voiced his concerns. Bobbe is the executive director of the Organic Farmers Agency for Relationship Marketing, a cooperative incorporated in Minnesota.

While organic farmers welcome high-quality natural imports, many of these foods are coming from countries like Ukraine, which has been found to have serious issues with organic integrity, said Bobbe.

Now, U.S. organic farmers must compete with world producers that don’t always maintain the same high organic production standards as the United States. The U.S. Department of Agriculture’s Foreign Agriculture Service (FAS) has cited one case of Ukrainian organic goods in Istanbul, Turkey, where the “certified transaction certificate” was missing, reported AG Week. This document provides information on the origin and transportation mode records of the goods and should accompany every cargo to its ultimate destination.

An organic certification agency annually checks these files. If violations occur, farmers risk a fine, imprisonment, and decertification. Both Ukraine and Turkey have had massive civil unrest which resulted in tens of thousands of jailed and fired employees.

“Under those circumstances, we wonder who’s minding the store about the integrity of organic,” Bobbe said. Turkey has now been accused by the FAS of “fraudulently manufacturing the transaction certificates,” among other issues. (RELATED: Read Harvest.news to stay informed about organics and chemical agriculture.)

Converting to organic crops comes at a cost

According to Bobbe, the U.S. should put more thought into how we can help domestic producers turn to organic cultivation. He stated that the U.S. has lots of conventional corn, and is in dire need of organic corn. Bushels of organic corn are coming in by the shiploads, he said. While America buys about 73 percent of its organic corn from Turkey, Turkey is a net importer of U.S. conventional corn. Where’s the logic here? If we export most of our conventional stuff to buy dodgy organic corn, why aren’t farmers growing high-quality organic corn in the first place? Money is the answer.

While many American farmers are considering making the switch, this comes at a higher cost. They must step away from synthetic pesticides, growth hormones, and antibiotics to improve soil and growing conditions. [RELATED: Check out Pesticides.news for news coverage of pesticide use and its impact on your health]

According to Peter Miller of Organic Valley, a cooperative of farmers, there is often a production decrease associated with the transition. Also, Bobbe noted that the farmers tell him the current cost of producing a bushel of organic grain is about $10 a bushel, while buyers have said it costs them about $10.50 a bushel to import it into the U.S.

“The logical conclusion is they’re pricing domestic corn to lower their cost of the high-priced importing corn. They’re using the U.S. market as a ‘residual market,’ and getting their supply from the imports,” he added.

Furthermore, grain processors seem to enjoy the convenience of ordering one large shipment of organic grains instead of dealing with many smaller U.S. farmers. About 40 percent of organic corn and 70 percent of organic soybeans used in the U.S. are imported. Bobbe said that the agriculture industry is going to have to come up with a plan on how to grow domestic organic foods. However, with the current low prices, farmers are sending a signal that they do not want to make the switch to producing quality food.