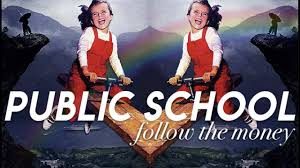 In this mini-documentary about public school funding, I discuss the history of compulsory schooling, the corporations who have channeled billions of dollars into the public school system under the guise of philanthropy, and how that philanthropy has influenced legislation that’s resulted in a government monopoly over schooling.