FLY BEHIND CLOSED DOORS — Revolution at the Bilderberg

FLY BEHIND CLOSED DOORS — Revolution at the Bilderberg
by Foster Gamble, published on July 11, 2015

Strangest dream! I dreamt I was a fly on the wall in the main auditorium hall of the annual Bilderberg meeting.
I heard someone yelling and turned to the stage where an ancient-looking, paunchy, white man with red-rimmed eyes and a snarl was scolding the participants.

“I don’t know how many times I have to repeat it. We can’t control this many people. We have to get rid of most of the useless eaters and it’s not happening fast enough. You each have power and responsibility in this, so what the hell have you been doing this last year?” 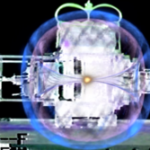 A maid joined the crew at the mic, saying, “My husband, my daughter and many of my friends have died of cancer while you have bullied, threatened or killed many inventors who had developed real cures.” The screen showed numerous doctors and researchers with a flood of before and after X-rays showing the disappearance of various tumors and diseased cells.
A waiter stepped to the front and looked over the participants. “Our children will go to the schools of their choice — or assemble their own education. They will not be squashed into your molds. They will be able to celebrate their curiosity, creativity and natural collaboration. They will learn real history, authentic science, useful skills and real philosophy rather than be propagandized into becoming mere robotic consumers or cogs in the banking-government-military-industrial corporatocracy. They will be nurtured in recognizing, honoring and restoring the wholeness of natural systems — from energy to agriculture, from media to economics and justice.”
One of the janitors from the hotel chimed in, “We have been instructed not to look you in the eyes — not to say or ask anything unless spoken to by you. Well, there’s not enough you could pay us or threaten us to keep us quiet any longer. While you were stealing our hard earned wages around the world through inflation, bailouts, fraud, fiat counterfeit, fake trade agreements, taxation, rigged markets and outright theft, we watched you building your walled cities, co-opting the military and intelligence agencies to protect you. We have had enough. See the sprinklers in the ceilings? Behind them are sophisticated spy cameras like the ones you use on everyone, but this time they have been aimed at you. We and our allies in other hotels have been patiently recording the proceedings of these meetings for years and the highlights are beginning to stream around the global Internet as I speak to you. The truth will always have its day…and today is that day. We do not come to hurt you, as you have done to so many. But justice calls for reconciliation and restitution.”
The concierge of the hotel was the last one to approach the podium. “We have many special guests here today. They have been watching this morning’s proceedings on monitors in the lobby. They were invited here as a surprise for your final day’s celebration and now they will join us.” The guards opened doors around the ballroom and people of all ages started flowing in. It became apparent that they were spouses, siblings, children and grandchildren of the members of the Bilderberg group.
“Today, finally, titles and money don’t matter. Starting now, the primary currency is changing from power, force and deception to trust, virtue and character. Your New World Order will not be the totalitarian pyramid of global coercion you have envisioned, but one based on merit and caring, on authenticity and freedom for every single being on the planet — as long as they do no harm. There are healthy solutions rising in every sector. The X Factor is everywhere. There is no leader. There is no regime or capital. Just the shared principles of integrity, non-aggression and self-ownership.
“Please gather your belongings and vacate the premises,” he continued. “This meeting is over, and a new way of life is beginning for humanity and this planet, our home. You will be regaining your strength over the next several weeks. Hopefully you will appreciate it, for you are going to need it to make amends with the rest of your life. ‘Bilderberg’ is supposed to mean ‘a community of builders.’ Let’s get started on that. You will be held personally accountable for what you have done and also for what you do from this day forward. Perhaps you can share with your children on your way home what you are going to be doing to set all of this right. We will be in touch. The whole world is watching.” 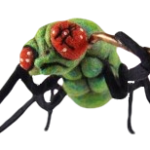 I could hardly believe what I had just witnessed. Oh, man, I’m thinking… did this all really happen? The details all seemed so real…
But hey, what do I know? I’m just a fly on the wall in some old guy’s dream.
Foster Gamble

2 Comments to “ FLY BEHIND CLOSED DOORS — Revolution at the Bilderberg”