By Mary Fanning and Alan Jones, published on The American Report, on December 24, 2019

Senior U.S. District Judge Rosemary Collyer, Presiding Judge of the U.S. Foreign Surveillance Court, on April 26, 2017, ordered U.S. intelligence agencies to destroy evidence of illegal domestic surveillance collected on and before March 17, 2017, the exact date on which “The American Report” published the first full-length report revealing John Brennan and James Clapper’s use of “THE HAMMER” to wiretap Donald Trump.

Robert Mueller provided FBI computers for “THE HAMMER,” an illegal domestic surveillance system operated from a secret CIA facility by President Obama’s intelligence officials Brennan and Clapper to spy on Supreme Court justices and Donald Trump for “blackmail” and “leverage,” according to CIA/FBI/NSA contractor-turned-whistleblower Dennis Montgomery.

On February 3, 2009, THE HAMMER went live, under the direction of Brennan and Clapper, says Montgomery.

Brennan, Clapper, and Mueller set up “THE HAMMER” in Fort Washington, Maryland, close to the Obama White House, and used the system to unlawfully spy on Trump and Trump’s businesses, family members, and political associates, asserts Montgomery.

The following morning, March 20, 2017, FBI Director Comey launched the hoax Trump Russian collusion investigation and lied before Congress by claiming that the FBI had no information confirming President Trump’s claim that President Obama wiretapped Trump Tower. Montgomery, in fact, provided Comey’s FBI with 47 hard drives of evidence that, according to Montgomery, proves that Brennan and Clapper used THE HAMMER to wiretap Trump.

“NSA will no longer collect certain internet communications that merely mention a foreign intelligence target,” the NSA stated on April 28, 2017.

The NSA further stated that it will “delete the vast majority of its upstream internet data to further protect the privacy of U.S. person communications.”

Judge Collyer’s order to delete domestic surveillance data constitutes destruction of evidence of a crime and is a violation of the Federal Records Act. 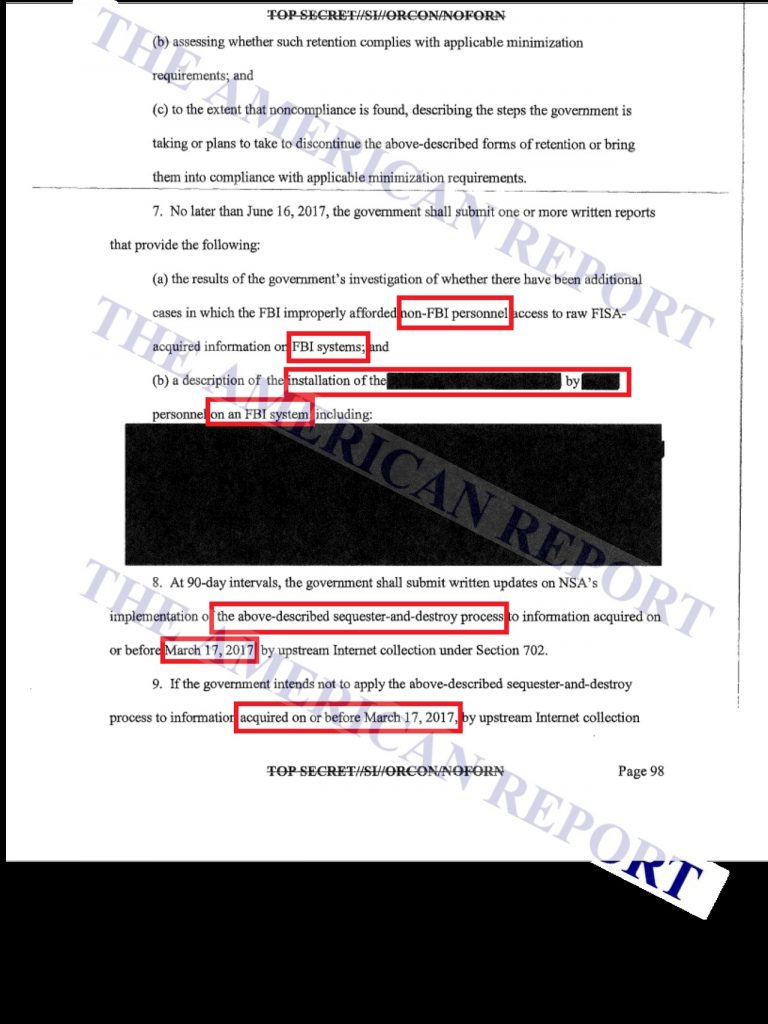