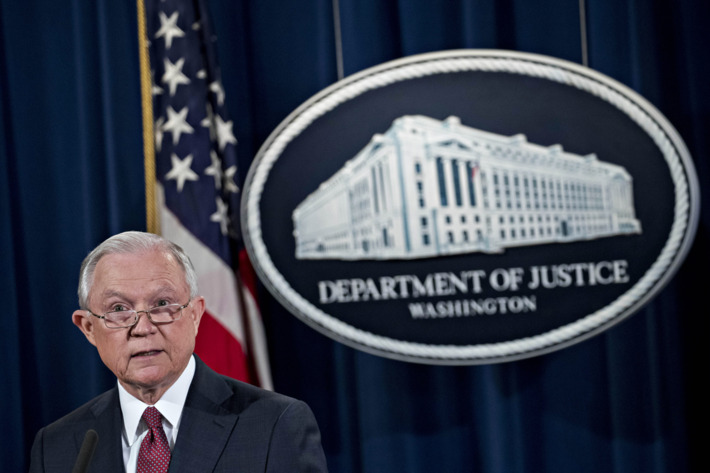 Ezra Cohen-Watnick, a controversial former national security aide to President Donald Trump who was pushed out of the White House by H.R. McMaster, is rejoining the Trump administration. In his new role he will serve as Attorney General Jeff Sessions’s national security adviser.

A 31-year-old former intelligence officer, Cohen-Watnick was brought on to Trump’s national Security Council by Michael Flynn, the president’s first national security adviser. When Flynn’s 24-day tenure ended in February of 2017, his replacement, H.R. McMaster, began cleaning house. But he wasn’t able to remove Cohen-Watnick, who reportedly used his alliances with Jared Kushner and Steve Bannon to stay in the White House.

McMaster eventually got his way, pushing out Cohen-Watnick last summer after he became involved with Representative Devin Nunes and his attempts to prove Trump’s claim that President Obama wiretapped Trump Tower. He then went to work for Silicon Valley tech giant Oracle, according to Talking Points Memo, which said his return to the Trump administration has been in the works for months.

With McMaster out of the way, Trump moved to bring back Cohen-Watnick, Bloomberg reported Wednesday. Trump “personally ordered the Department of Justice to hire,” Bloomberg says, despite a general policy not to rehire people who were fired.