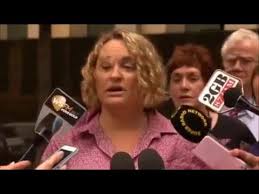 Until the recent WikiLeaks publication of the Podesta Emails, many of us may have heard about child sex trafficking from the point of view of its survivors, whose stories were so horrid, that most of us didn’t want to really hear them or to take them seriously. Thus they were not given the credence that they deserved. What makes the Podesta revelations different is that these flashes of insight are from the point of view of the perpetrators. This has caused many to try to imagine the unimaginable and to put ourselves in the shoes of such perpetrators.

These are public figures who we’ve been watching intently in the mass media for the past year and a half. Successful, rich and powerful people. What it would take for us to do the things suggested by these glimpses into this abysmal, ghastly realm of child sexual abuse and Satanic child sacrifice? For the vast majority of us, engaging in these activities would be the worst kind of torture possible and could only happen at the end of a stinger missile.

The time has come to finally listen to the survivors of what appears to be an epidemic horror occurring worldwide and Fiona Barnett is one who has not only managed to stay alive but who is exceedingly cogent, as she powerfully relates her experience of this ultimate corruption. And when we listen to Fiona, she says that, “It is time to focus our attention away from the victims and onto those responsible for the crimes against children…Australia is a pedophile haven.”

Fiona Barnett is a survivor of an Australian VIP child sex trafficking ring, in which she was prostituted at pedophile parties held within the Parliament House of the Australian national capital, Canberra. She was similarly engaged at international sex parties held at the Australian Royal Air Force Fairbairn, which included high-ranking politicians, police and judiciary. She says she witnessed child abduction, torture, rape and murder. All of her reports to the authorities went ignored. She describes the way she’s been treated for reporting these crimes as worse than the original abuse.

This is a film about her story.