Finally, an alternative to your energy-wasting dryer is on the horizon

Finally, an alternative to your energy-wasting dryer is on the horizon 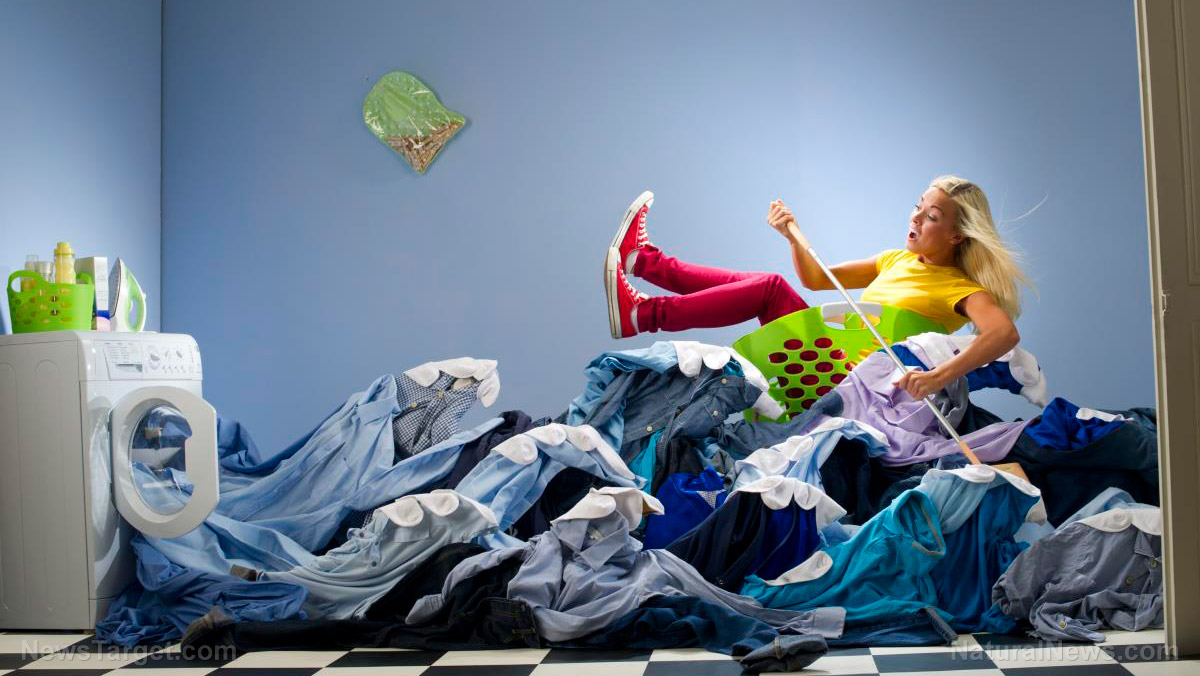 (Natural News) Waiting for the dryer to work their magic on your clothes may just be the dullest step of doing laundry; not to mention, the most taxing on the environment. Now, though, scientists have developed what they are calling the ultrasonic dryer, a machine that can dry a big load of laundry almost twice as fast as your regular dryer. According to a report on Finance.Yahoo.com, the dryer, created by scientists at Tennessee’s Oak Ridge National Library, converts electricity into high-frequency vibrations through devices called transducers. The transducers vibrate, shaking the water from clothes and turning it into a cool mist.

This new drying technology is said to be five times more efficient than conventional machine-drying methods. It uses less heat and energy, and dries clothes in nearly half the time. The ultrasonic dryer, scientists say in the report, can dry a medium load of laundry in 20 minutes — significantly faster than the average 50 minutes it takes when using conventional machines. Apart from being more energy-efficient and faster, this novel drying method, says the report, is also better for your clothes. Less lint will be formed, because there is no hot air to blow the fibers of clothing. At the same time, drying without heat can keep the colors of the clothes from fading.

Scientists developed the technology over two years, collaborating with General Electric and backed by $880,000 in funding from the US Department of Energy (DOE). At the moment, the dryer is still in its prototype phase, and will not be commercially available for a couple of years at the least.

The development of this ultrasonic dryer can be seen as a response to an issue brief and call-to-action from the Natural Resources Defense Council (NRDC) in mid-2014. According to the NRDC, while other household appliances such as refrigerators and dishwashers have become more and more energy-efficient over the years, clothes dryers still conform to outdated energy-efficiency standards. They note that a typical electric clothes dryer at times consumes as much energy a year as the combined consumption of an energy-efficient refrigerator, dishwasher, and clothes washer together. They also say that while American households spend $9 billion a year on clothes dryers, upgrading to more efficient models can save $4 billion’s worth of energy. More significantly, it can curb around 16 million tons of carbon emissions every year.

The organization name five factors that account for the high energy consumption of clothes dryers. Apart from the lack of availability of more efficient tech, they also point to a consumer preference for electric dryers, which consume up to 75 percent more energy than gas dryers. They also say that inefficient usage, lack of government support, and prioritizing convenience over energy savings contribute to the energy-takeover of clothes dryers.

The NRDC mention a few ways in which a consumer can use conventional clothes dryers in a more energy-efficient way. Operating the dryer at a lower temperature, while increasing time, can decrease energy consumption. They also suggest stopping the dryer before clothes are completely dry. Doing so can save time and energy. At the same time, it also means less wrinkles and a longer life for clothing.

The simple magic of line drying

Of course, there is an even simpler way to cut energy consumption when drying clothes and keeping your laundry process as green as it can be. Just put out a clothesline or drying rack and let the breeze have its way with your clothes. This method of drying does not cost anything – whether it’s energy OR money. Not to mention, doing so will help you avoid the stretching and shrinkage that comes with machine drying, making your clothes last longer. Even as the ultrasonic dryer has been developed, this easy, fuss-free method may just be the best way to dry your clothes.

For more tips on how to live an eco-friendly, energy efficient lifestyle, head to GreenLivingNews.com.