Palm Beach multimillionaire Jeffrey Epstein is a free man, despite sexually abusing dozens of underage girls according to police and prosecutors. His victims have never had a voice, until now.

A judge ruled Thursday that federal prosecutors — among them, U.S. Labor Secretary Alexander Acosta — broke federal law when they signed a plea agreement with a wealthy, politically connected sex trafficker and concealed it from more than 30 of his underage victims.

U.S. District Judge Kenneth A. Marra, in a 33-page opinion, said that the evidence he reviewed showed that Jeffrey Epstein had been operating an international sex operation in which he and others recruited underage girls — not only in Florida — but from overseas, in violation of federal law.

“Epstein used paid employees to find and bring minor girls to him.,’’ wrote Marra, who is based in Palm Beach County. “Epstein worked in concert with others to obtain minors not only for his own sexual gratification, but also for the sexual gratification of others.’’

Instead of prosecuting Epstein under federal sex trafficking laws, Acosta, then the U.S. attorney in Miami, helped negotiate a non-prosecution agreement that gave Epstein and his co-conspirators immunity from federal prosecution. Epstein, who lived in a Palm Beach mansion, was allowed to quietly plead guilty in state court to two prostitution charges and served just 13 months in the county jail. His accomplices, some of whom have never been identified, were never charged. 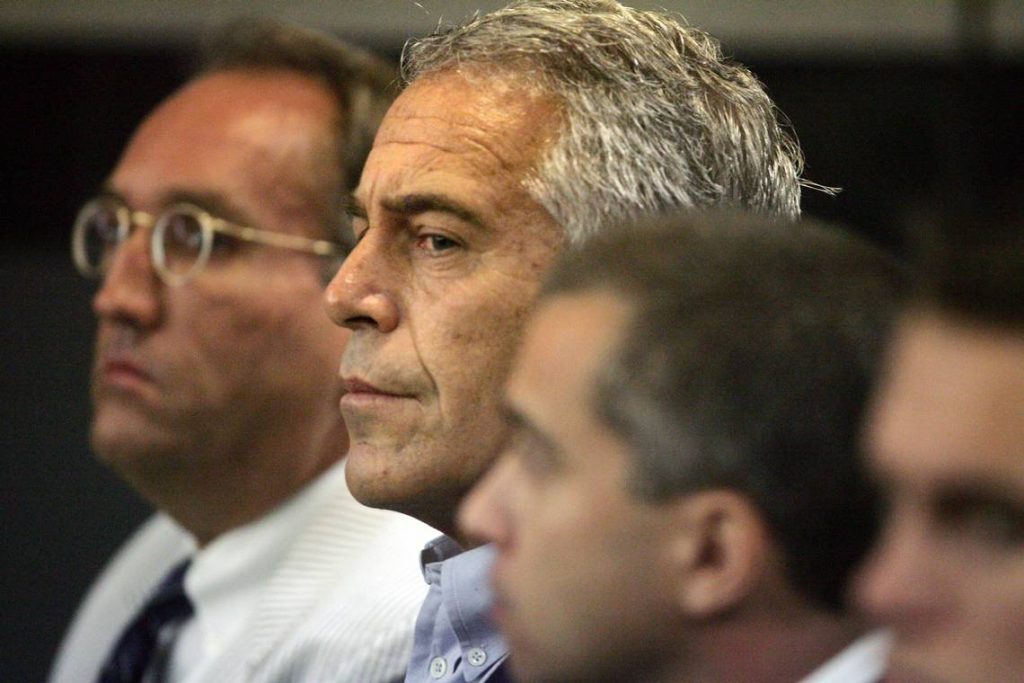 Jeffrey Epstein is flanked by his legal team during a court hearing in the summer of 2008.
Uma Sanghvi Palm Beach Post via AP

Acosta agreed to seal the deal, which meant that none of Epstein’s victims, who were mostly 13 to 16 years old at the time of the abuse, were told about it until it was too late for them to appear at his sentencing and possibly reject the deal. Upon learning that Epstein had pleaded guilty without their knowledge, two of his victims filed a lawsuit in the Southern District of Florida in 2008, claiming that prosecutors violated the Crime Victims’ Rights Act, which grants victims of federal crimes a series of rights, including the ability to confer with prosecutors about a possible plea deal.

Marra agreed, saying that while prosecutors had the right to resolve the case in any way they saw fit, they violated the law by hiding the agreement from Epstein’s victims. Marra’s decision capped 11 years of litigation — which included the release of a trove of emails showing how Acosta and other prosecutors worked with Epstein’s high profile lawyers to conceal the deal — and the scope of Epstein’s crimes — from both his victims and the public.

The U.S. attorney’s office in Miami declined to comment.

Brad Edwards, the Fort Lauderdale attorney who brought the case, said he was elated at the judge’s ruling, but admitted he is bitter that the case took 11 years to litigate, blaming federal prosecutors for needlessly dragging out the case when they could have remedied their error when it was brought to their attention in 2008.

“The Government aligned themselves with Epstein, working against his victims, for 11 years,’’ Edwards said. “Yes, this is a huge victory, but to make his victims suffer for 11 years, this should not have happened. Instead of admitting what they did, and doing the right thing, they spent 11 years fighting these girls.’’

While the victims ultimately would like to see Epstein go to jail, the judge’s ruling stopped short of issuing a remedy or punishment. He gave the government and victims 15 days to confer with each other to come up with a resolution. It’s unclear what that resolution would be.

Edwards conceded that Epstein’s sentence isn’t likely to be overturned. He was released in 2009.

But victims’ rights advocates say that other charges can still be brought against Epstein if more victims come forward in other jurisdictions. There has been no statute of limitations for sex trafficking since 2002.

The decision follows a three-part series published by the Miami Herald in November, “Perversion of Justice,’’ which detailed how federal prosecutors worked in concert with Epstein’s lawyers to arrange the deal.

Since then, the U.S. Department of Justice has launched a probe into whether federal prosecutors committed any wrongdoing.

This breaking story will be updated.