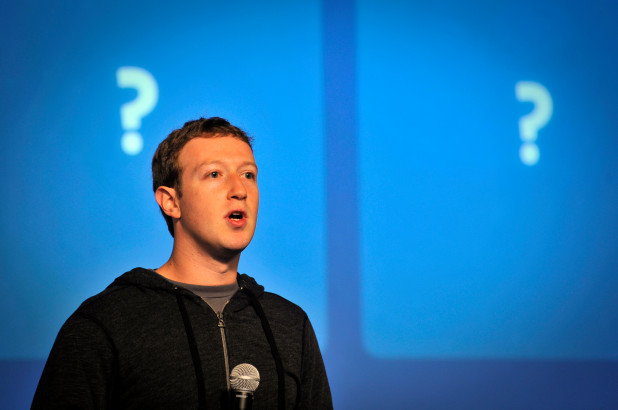 Facebook is under fire for publishing a stomach-churning survey that asked users whether pedophiles should be allowed to solicit “sexual pictures” from underage girls.

The cringeworthy poll surfaced at the top of Facebook’s home page for an unspecified number of users this past weekend, according to a report.

“In thinking about an ideal world where you could set Facebook’s policies, how would you handle the following: a private message in which an adult man asks a 14-year-old girl for sexual pictures,” one question in the survey reads.

The disgusting multiple-choice poll gave users the option to condone the sick behavior, allowing them to vote that the “content should be allowed on Facebook, and I would not mind seeing it.”

Another possible, nausea-inducing response was that “the content should be allowed on Facebook, but I don’t want to see it.”

The twisted survey was spotted by an editor at the Guardian, who published screenshots of it on Twitter.

“I[s] making it secret the best Facebook can offer here?” Jonathan Haynes wrote as he tweeted out the “I don’t want to see it” response in the poll. “Not, y’know, calling the police?”

On Monday, the social networking giant headed by Mark Zuckerberg admitted that it was a “mistake” to publish the survey, which appeared to suggest that Facebook execs were openly debating whether to allow pedophiles on the site.

“We run surveys to understand how the community thinks about how we set policies,” Facebook vice president Guy Rosen said in response to Haynes’ tweet. “But this kind of activity is and will always be completely unacceptable on FB.”

In a statement to The Post, Facebook said the survey has been taken down since it refers to “offensive content that is already prohibited on Facebook and that [they] have no intention of allowing.”

“We have prohibited child grooming on Facebook since our earliest days, we have no intention of changing this, and we regularly work with the police to ensure that anyone found acting in such a way is brought to justice,” Facebook said.

It’s not the first time that the Palo Alto, Calif., company has found itself in hot water regarding pedophilia on its platform.

In 2015, The Post’s John Crudele asked Facebook to take down a pedophilia-friendly page on its network — but the company said it couldn’t because it didn’t violate its terms of service. After one user started a boycott of Facebook advertisers, the company relented.

Facebook then signed a deal with the NY attorney general promising to help develop software to detect the problem, Crudele reported.