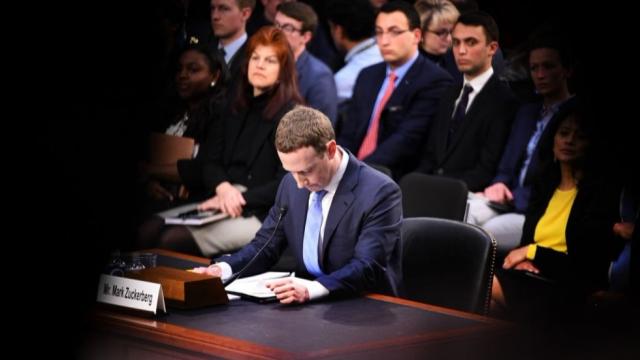 Facebook revealed to Congress late Friday that it shared user data with 52 hardware and software-making companies, including some Chinese firms.

The new acknowledgement came as part of a more than 700-page document dump to the House Energy and Commerce Committee late Friday evening. The committee released the information publicly on Saturday.

Some companies on the list of 52 firms had previously been reported by The New York Times, including device-makers, telecommunications companies and software firms.

Facebook said it shared data with the companies in an effort to improve its integrations and user experience across platforms and devices, noting that its partnerships were established before smartphones running on Apple’s and Google’s high-powered operating systems were as ubiquitous as they are now.

“People went online using a wide variety of text-only phones, feature phones, and early smartphones with varying capabilities,” Facebook wrote. “In that environment, the demand for internet services like Facebook, Twitter and YouTube outpaced our industry’s ability to build versions of our services that worked on every phone and operating system.”

Facebook said it has ended 38 of its 52 partnerships and will shut down those remaining by July.

The tech company has been under scrutiny for its user data-sharing practices since the revelation earlier this year that Cambridge Analytica improperly harvested data from 87 million of its users.

Facebook said in documents that its initial omission of the partnerships was because it had shifted its focus to data shared between apps created on its developer platform — the product area which had been implicated by Cambridge Analytica.

Facebook’s sharing of user data with developers appears to have been less controlled than its data sharing with comparatively well-known device makers and software companies.

Still, lawmakers have voiced concern about the company’s data-sharing agreements with Chinese firms.

“The news that Facebook provided privileged access to Facebook’s [application programming interface] to Chinese device makers like Huawei and TCL raises legitimate concerns, and I look forward to learning more about how Facebook ensured that information about their users was not sent to Chinese servers,” Sen. Mark Warner (D-Va.) said earlier this month.

The more than 700 pages of documents offer a follow-up to questions asked by lawmakers during and after the testimony.