published on The Conservative Tree House, on February 12, 2020

Now this is what we call almost too much winning….  The House Judiciary Committee is demanding testimony from U.S. Attorney General Bill Barr and specifically identifying three issues they wish to target.   AG Bill Barr has agreed to testify to their concerns on Tuesday March 31st, 2020. 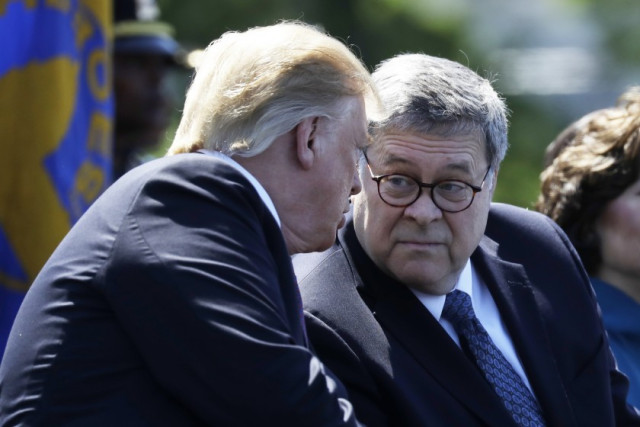 Considering the issues outlined by the Democrats; and knowing the rabid nature of their base of resistance that demands HJC action; this is the biggest briar patch in recent congressional history & AG Barr is one big rabbit proclaiming: ‘don’t throw me in’. When you read the issues of concerns, you realize this is going to be epic.

Chairman Nadler says in his letter: “we have repeatedly warned you and your predecessors that the misuse of our criminal justice system for political purposes is both dangerous to our democracy and unacceptable to the House Judiciary Committee.”  Oh my!

The HJC goes on to say: “In your tenure as Attorney General, you have engaged in a pattern of conduct in legal matters relating to the President that raises significant concerns for this Committee. In the past week alone, you have taken steps that raise grave questions about your leadership of the Department of Justice.”…  Oh dear!

So what are the three pressing issues that Chairman Nadler says “are enough to require our immediate attention”? 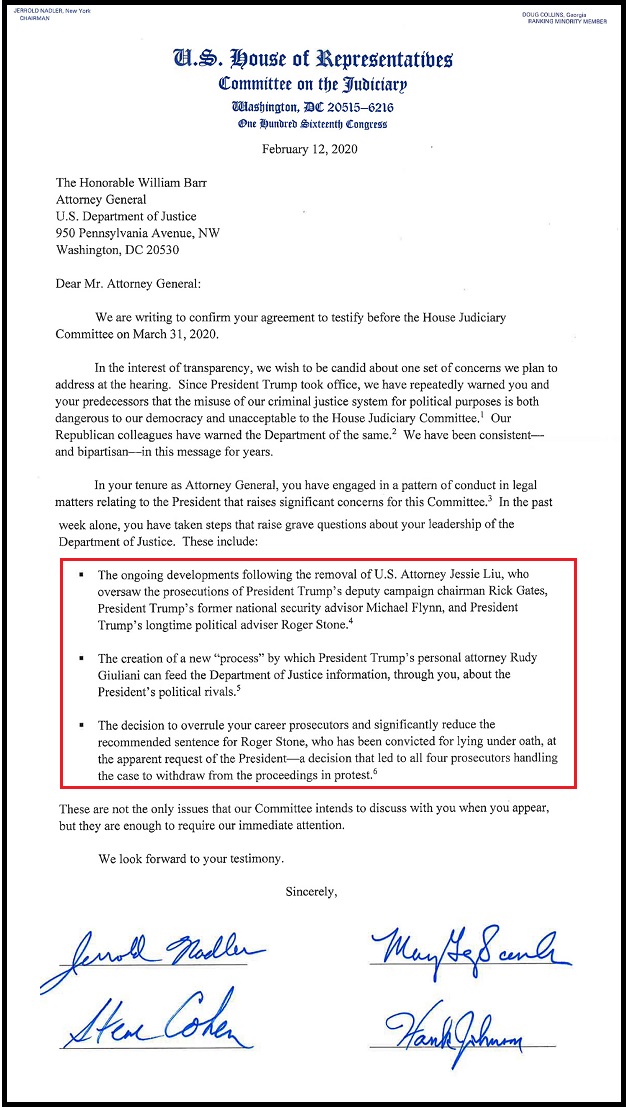 
See?  The HJC and Lawfare staff are clueless.  First, AG Barr previously slobbered all over Jessie Liu; he couldn’t praise her enough.  Barr had zero conversation with President Trump about withdrawing the nomination, and only gained an understanding of the Liu concerns independent from President Trump.

The Lawfare crew has no idea what they are walking into if they start down the path of asking about why Jessie Liu was: (a) removed; and (b) had her nomination withdrawn.  For all intents and purposes AG Barr is an ally of Ms. Liu, and it only highlights the independence of his office that President Trump’s action is independent.

The “process” of receiving information on possible criminal conduct is open to anyone and everyone to report, including all Americans.  Obviously the HJC and Democrats writ large are worried about their financial schemes to exploit wealth and sell influence may be hampered by any corruption investigation of Ukraine…. but more importantly, they are seeking to find out how much their own activity is exposed.

I cannot think of a single bullet-point easier for Barr to have fun with than a committee that is verklempt about the U.S. Department of Justice allowing people to report possible criminal activity.  The entire framework of their argument is silly and fraught with pretzel logic.  That’s the purpose of the justice system, to allow people a process to rectify criminal activity.

This point of oversight concern opens up a world of opportunity for AG Barr to lay out how members of the Mueller team were rogue prosecutors.  Truth is the greatest disinfectant and Bill Barr has actual examples of tiered-justice based on political bias.  Again, the point they are concerned about will backfire; bigly.

“These are not the only issues that our Committee intends to discuss with you when you appear, but they are enough to require our immediate attention”…

This March 31st hearing should be buckets of fun.

All of the points raised by the HJC are transparently easy to knock down now.  Why postpone for two months?  The likely answer is John Durham will be finished…. drops of information therein will take place…. the hearing is pre-scheduled… etc.

The HJC has just boxed themselves in to holding a hearing…. Think about it.

Remember, the HJC never held a hearing about the IG Horowitz FISA report because that type of hearing is adverse to the political interests of Democrats in the House.  They don’t want to hold hearing where former administration DOJ & FBI abuses are discussed.  However, now AG Bill Barr has a hearing scheduled on the books.  Now AG Bill Barr has a date on the congressional calendar the House cannot avoid.

Now AG Bill Barr has a target date and two months to coordinate releasing the information gathered from within John Durham’s investigation.  Release the Durham information a week prior to March 31st and the HJC is trapped into a holding a hearing about topics they don’t want to see public.

Funny how that happens.

The timing, the purpose and the likelihood of what is going to happen is so transparently obvious it’s as if knuckleheaded Chairman Nadler is working for Bill Barr. 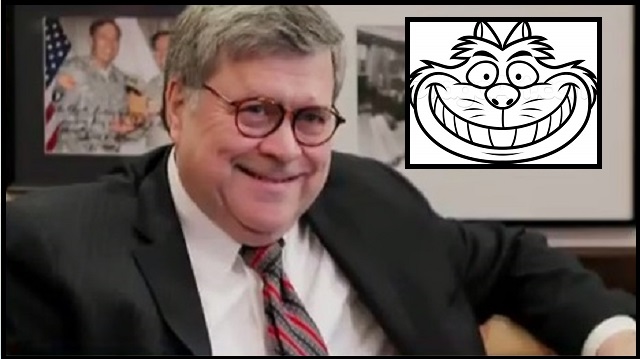