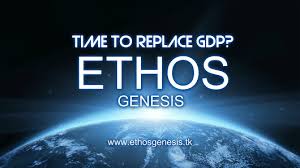 ETHOS (2011) was a film by director and activist Pete McGrain hosted by Woody Harrelson which emphasizes the need for a paradigm shift in the way we consume products if we are to create meaningful and sustainable change and create a world where we can live harmoniously in a clean environment.

Director and activist Pete McGrain teamed up with Woody Harrelson in order to reach a wider audience, but the film had to be cooled down for broadcast networks before it could be released.

Presented here is a 2015 updated version of the film that includes the hard hitting footage from the unreleased original edit, the original material produced for the final release, as well as new footage that leads to a more powerful conclusion and more effective call to action.

With interviews from influential thought-leaders, including author and activist Noam Chomsky (Manufacturing Dissent: The Political Economy of the Mass Media), Chalmers Johnson (Blowback: The Sorrows of Empire), Oscar winning documentarian Michael Moore, and Howard Zinn (A People’s History of the United States) to name just a few.

This is a non profit video for educational purposes.