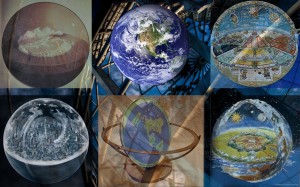 Have you ever met a real Flat Earther? Did you know there are fake Flat Earther’s too? The entire Flat Earth Society along with people like Daniel Shenton and Mark Sargent are controlled opposition frauds who present themselves as legitimate Flat Earthers but in reality are propagandists, enemies of the plane truth, mixing lies, satire and false Flat Earth arguments into their material to deter neophytes from conducting further research. For example Daniel Shenton and the FES claim Earth is constantly rising up at 9.8 m/s to account for gravity. This is a ridiculous easily proven impossibility, however, as I explain in the following interview, but by making these easily refutable false flat Earth arguments, these agents muddy the waters and poison the well of legitimate flat Earth research. Mark Sargent recently made a few good flat Earth videos to ingratiate himself into the movement, but now he’s claiming the Moon, stars and planets are holographic projections, that seasons are caused by unknown processes underneath the Earth, that Admiral Byrd discovered “a semi-permanent barrier” in Antarctica and other non-sense. When I asked him to provide evidence for such outlandish claims (and to refute the abundant evidence to the contrary) he admits to having no evidence but continues to promote and propagate these false claims regardless.

Read about the history of the controlled opposition Flat Earth Society here: http://www.atlanteanconspiracy.com/20…

For an in-depth analysis of Mark Sargent’s attempted infiltration and derailment of the movement, see our thread at IFERS here: http://ifers.boards.net/thread/41

The following interview features myself, Eric Dubay, a genuine, legitimate flat Earth researcher talking with DJ Buttamilk (Dan Lefkowitz) of Brattleboro, Vermont community radio. Notice how after just an hour of listening to a Real Flat Earther like in this interview it is difficult to deny the flat Earth truth, yet after listening to a fake Flat Earther like Mark Sargent for 2 hours, many people have commented they are completely turned off by the subject now and want nothing more to do with it: https://www.youtube.com/watch?v=6FaxX…

For more information about the flat, motionless Earth under your feet, see the following links: