by Jhoanna Robinson, published on Natural News, on  October 02, 2017 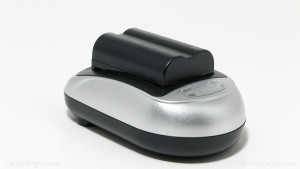 (Natural News) A group of scientists from the National University of Singapore (NUS) has developed a novel organic material that boasts of superior electrical conductivity and energy retention capability for utilization in battery applications.

Professor Loh Kian Ping from the Department of Chemistry at NUS Faculty of Science and his colleagues synthesized a novel organic compound 3Q (π-conjugated quinoxaline-based heteroaromatic molecule) that has up to six charge storage sites per molecule in order to maximize its conductivity and energy retention capabilities.

The results of the study were published in Nature Energy on May 8, 2017.

Prof. Loh said their invention is a marvel because not only is it of far superior quality than most rechargeable batteries in the market, it is also the most environmentally-friendly. He said that since their materials are composed of organic electrodes, their output leaves less environmental footprints during production and disposal, as compared with batteries that are made with inorganic metal oxide electrodes.

Aside from this, the structure of organic electrodes is compatible with supporting high energy storage capabilities.

“Our study provides evidence that 3Q, and organic molecules of similar structures, in combination with graphene, are promising candidates for the development of eco-friendly, high capacity rechargeable batteries with long life cycles,” Prof. Loh said.

Another breakthrough for rechargeable batteries

A team of researchers from the Queen’s University Ionic Liquid Laboratories (QUILL) Research Centre at Queen’s University Belfast in Northern Ireland have developed a flexible and organic alternative to the rigid rechargeable batteries that make medical implants such as pacemakers work.

At present, pacemakers and defibrillators are powered by rigid and metal-based batteries, which can make patients uncomfortable and can give them difficulty in moving. (Related: Magnesium battery breakthrough means safer batteries that won’t explode.)

The scientists came up with a flexible device that is composed of non-flammable electrolytes and organic composites that are safe for the body’s use. The material can also decompose without it needing to undergo the same harrowing recycling and disposal processes that metal-based batteries have to go through, which, incidentally, are more expensive.

The results of the study, which were published in Energy Technology and Green Chemistry, indicated that the batteries could be manufactured using readily available natural feedstock, which is a respite from needing expensive metals or semiconductors.

“In medical devices such as pacemakers and defibrillators, there are two implants, one which is fitted in the heart and another which holds the metal based, rigid batteries – this is implanted under the skin. The implant under the skin is wired to the device and can cause patients discomfort as it rubs against the skin,” Dr. Geetha Srinivasan said.

“For this reason, batteries need to be compatible to the human body, and ideally, we would like them to be flexible so that they can adapt to body shapes. At Queen’s University Belfast we have designed a flexible energy storage device, which consists of conducting polymer – biopolymer composites as durable electrodes and ionic liquids as safer electrolytes, ” Dr. Srinivasan added.

Dr. Srinivasan enumerated the positive benefits of their invention. “The device we have created has a longer life-cycle, is non-flammable, has no leakage issues, and above all, it is more flexible for placing within the body. There is also opportunity to fabricate task-specific supercapacitors.

This means that their properties can be tuned and also manufactured using environmentally friendly methods, which is important if they are to be produced on a large scale, for example in powering portable personal electronic devices.”

For her part, Queen’s University Belfast researcher Marta Lorenzo, Ph.D., said: “Although this research could be a potential solution to a global problem, the actual supercapacitor assembly is a straightforward process.”

Read more stories such as this one at Discoveries.news.