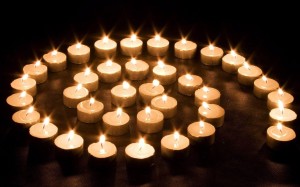 One of history’s greatest engineers Nikola Tesla, who invented the means to transfer and to distribute electricity over long distances, once said, “If you want to find the secrets of the universe, think in terms of energy, frequency and vibration.” The same holds true for the world in which we live, our interactions with each other, and indeed our interactions within.

More than a century ago, in 1910, the American ‘New Thought’ author Wallace D Wattles wrote in “The Science of Getting Rich”: “Everything you see on earth is made from one original substance, out of which all things proceed… there is a thinking stuff from which all things are made, and which, in its original state, permeates, penetrates, and fills the interspaces of the universe… a thought, in this substance, produces the thing that is imaged by thought… man can form things in his thought, and, by impressing his thought upon formless substance, can cause the thing he thinks about to be created.” In other words, thoughtware, software and hardware are interchangeable. To confirm this point, the latest 3D printers can now print almost anything solid from scratch.

Scientific experiments in Quantum Physics and particularly those at the European Organisation for Nuclear Research — CERN — at the Large Hadron Collider (LHC) in Geneva, Switzerland, continue to demonstrate that once we break everything down to its core, pure energy is behind everything. When we go down to the sub-atomic level we do not find matter, but pure energy. Some call this the unified field or the matrix. Others talk about pure potentiality: all being energy.

This pure energy vibrates a field around it. A vibrating field of energy, which attracts — like a magnet — and attaches to energy of the same vibrating frequency. The more vibrating energy that is compressed into this field of energy, the more intense the vibration gets within that field. Eventually the energy field manifests into matter: particle-by-particle. As the father of Quantum Physics, Max Planck, once said, “All the physical matters are composed of vibration.”

A table may look solid and still, but within the table are billions and billions of subatomic particles “running around” and “popping” with energy. The table is pure energy and movement. Everything in this universe has its own vibrational frequency. It is the law of vibration in action. However we can’t see it so it appears separate and solid to us. This is actually an illusion! Our frequency of perception of electro-magnetic waves defines what we can and cannot see within the visible spectrum of light. However, at a different frequency, like X-rays, the entire solid object would appear to be completely like a sieve.

Every object in the Universe moves and vibrates — everything is vibrating at one speed or another. Nothing rests. Everything we see around ourselves is vibrating at one frequency or another and so are we. However, our frequency is different from other entities in the universe, hence it seems like we are separated from what we see around ourselves — people, animals, plants, trees and so on. But we are not separated — we are in fact all living in a continuous ocean of energy. We are all connected at the highest level: the unified field.

At the very leading edge of biophysics today, scientists are recognising that the molecules in our bodies are actually controlled by these frequencies. In 1974, Dr Colin W F McClare, an Oxford University Bio-Physicist, discovered that frequencies of vibrating energy are roughly one-hundred times more efficient in relaying information within a biological system than physical signals, such as hormones, neurotransmitters, other growth factors and chemicals.

Vibration as Sound and Light

What’s most interesting is that, if a frequency is vibrating fast enough, it’s emitted as a Sound and if it is vibrating much faster, it is emitted as a colour of Light. If we wanted to convert Sound to Light, we would simply raise its frequency by forty octaves. This results in a vibration in the trillions of cycles per second. So, if a pianist could press a key way above the eighty-eight keys that exist on a piano, that key would produce Light. This could create a chord of Light in the same way they can create a chord of sound. And it would be seen as colours of Light because it would be moving at the speed of Light.

When two frequencies are brought together, the lower will always rise to meet the higher. This is the principle of resonance. So, when a piano is tuned, a tuning fork is struck, and then brought close to the piano string that carries that same musical tone. The string then raises its vibration automatically and attunes itself to the same rate at which the fork is vibrating. This principle of resonance works for biological systems too.

In short everything can be stripped away in layers in this order:

1. Physical — The lowest layer is Matter;

3. Pure Energy — If we peel away the Vibrating Field of Energy we have the layer of Pure Energy;

5. The Source — The highest layer is Supra Consciousness, which is the Source of Everything.

Layers of Awareness Within Consciousness

Consciousness also has layers: the layers of awareness depend on their frequency of vibration. Those layers are defined in this order:

1. Action-and-Reaction — This is the lowest layer of awareness. This is, in fact, the layer of physicality and physical objects.

2. Stimulus Response — This is the next layer above objects. We find this layer of awareness in cells. At this level, the cells are only aware of the group as a whole, a herd, and responding together with no realisation of self or others. For example, nests and hives have this level of consciousness.

4. Discernment or Judgment Response — Stimulus response means reacting to things. To see similarities and differences between things, is a higher order of consciousness and it allows the ability to make decisions about things, rather than just reacting to stimuli. This is the power of discernment or judgment. The mind or ego is the tool that notices similarities and differences between things. Anything that has a mind or ego has this layer of awareness or consciousness within it.

Every layer of consciousness above the lesser ones, has the awareness of all the lower-level layers too. For example, when we are trapped in a traffic jam, we feel much like part of a herd. We are feeling the layer of Stimulus Response. Yet when we are feeling like we are an individual, there is an extreme difference in our awareness. This understanding of higher levels of consciousness is very important. The importance lies within the fact that Consciousness is the Source of Everything and we have the awareness of every layer of consciousness in existence. This is significant because it allows us the privilege to attract and to attach to any energy field. We have the ability to vibrate at different frequencies and manifest different energy fields into matter depending on our level of consciousness.

Using the principle of resonance, we can actually increase the speed at which the energy field of our bodies and minds vibrates, through higher frequency thoughts of love, joy and gratitude and accessing even higher consciousness states via meditation. Modern science demonstrates that when pure energy slows down, lower dimensional matter is created; conversely when the vibration field speeds up, the higher dimensions of consciousness can be accessed. And the higher our consciousness is raised, the closer to the Source we become. “In the beginning was the Word”, the primordial vibration of sound and light, which according to thousands of years old Vedic science resonates to different phonetic sounds at different levels including the original “Aum”!

2 Comments to “ Energy Frequency Vibration : Colors of Sound and Light”