Energy Can Be Teleported Over Long Distances, Say Quantum Physicists 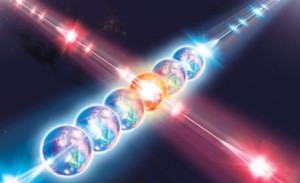 Energy Can Be Teleported Over Long Distances, Say Quantum Physicists

Japanese physicists made calculations that prove that energy can be transmitted over long distances by quantum teleportation.

Quantum teleportation, despite its name, does not mean instantaneous transfer to a distance, because it necessarily requires the classical (not superlight) communication channel.
At the same time, the quantum state can be transmitted, and the concept of transferring energy in this way is not new, but previously, calculations showed that the possibility of such a transfer should decrease rapidly with distance. Consequently, if the transfer of the states of atoms is realized for distances greater than 100 km, it was impossible with the energy that the Masahiro Hotta’s theory of 2008 allowed to teleport.

However, how can the states of atoms be used to transfer energy? Mr. Hotta is very inventive, and in his scheme, Alice (particle A) using the classical communication channel transmits to Bob (particle B) information that he should extract energy from the vacuum, which is based on the experimentally confirmed Casimir effect.

Masahiro Hotta’s idea is that since the nearby points in the quantum vacuum are quantum entangled, and Alice and Bob are close to each other, Alice is able to measure “her” local field and use the results of these calculations to obtain information about the Bob’s local field. If this information is then sent to Bob by classical communication channel, he can use it to develop a strategy of extracting energy from his local field. The energy that he will extract from the vacuum will always be less than the one spent by Alice on conducting the initial measurements. I.e. thermodynamics remains in his own right, and Alice can “teleport” energy to Bob in the form of data, which will then allow him to extract energy from the vacuum.

However, the degree of quantum entanglement between the local fields of Bob and Alice decreases rapidly with increasing distance between them. Bob can recover the energy spent by Alice, and it will be inversely proportional to the sixth power of the distance between them, i.e. teleportation of energy at any considerable distance will require cost comparable to the worldwide electricity generation per year.

Now Mr. Hotta and his colleagues at Tohoku University (Japan) seem to have found a solution to this problem. They suggest the use of squeezed vacuum state. It is identical to the normal quantum state, except for one small detail: the energy density of the area directly between Alice and Bob is much higher than in all the other regions. As a result, the quantum entanglement there may be maintained at a much greater distance than in the normal situation. 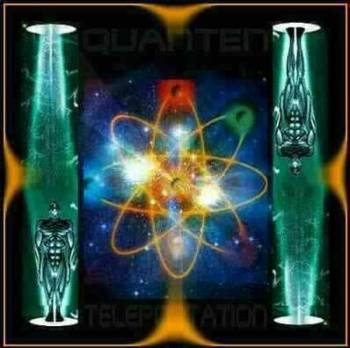 How is it possible to create so much squeezed states in the laboratory for so long distances? The authors of the study believe that this is where the quantum Hall effect can be used. It occurs in thin semiconductor wafers, which are affected by a strong magnetic field. Then the electrons in them flow freely in one direction along the edge of this two-dimensional semiconductor sheet, which provides a channel of quantum correlations, where there is a quantum entanglement. Mr. Hotta and his colleagues are working on experimental realization of this scheme.

But the scientist emphasizes that his experiments will be pioneering for our species. Earlier in the history of the universe when it underwent rapid expansion shortly after the Big Bang (inflation), there must have occurred squeezed vacuum states, accompanied by quantum teleportation, presumably, of significant amounts of energy.

It may seem that despite being important for theoretical quantum mechanics, the work of Masahiro Hotta is not very useful for practical implementation. Yes, the creation of quantum states requires much energy, and therefore till now it is not very clear how practical and energy-intensive the quantum teleportation in quantum computers may be. But before this becomes a reality in the experiment, it is quite difficult to judge about the practical potential of this type of energy transfer.