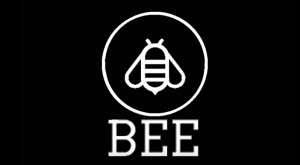 This is Part 1 of a 5 Part Series of my conversation with “Emma”, her name and company she worked for with her husband has been redacted for her and her children’s safety. In this first segment, Emma explains first meeting her husband and then a few years later finding out his dark secret. He was obsessively collecting and creating hardcore porn as well as pornography involving children and animals. His obsession with gaining power by learning about and joining the so-called “Illuminati” after 9/11 was the first signal to Emma that her husband may be up to something sinister, and it goes much much deeper. Emma is currently in an undisclosed location and just yesterday had to flee with her boyfriend to another state, yet again.

Part 2 of Emma’s traumatic experience of being married to a sadistic child/bestiality pornographer working in elite circles.

All Names, Company Names, personal information and other identifying info has been redacted, cut out, and hidden to protect Emma and her children’s safety. Emma touches upon her incarceration after being attacked repeatedly by her husband. After finding out he had a few images of child porn on his computer, Emma called him out and he chased her up the stairs to attack her again, but this time, Emma wielded and shot her gun to deter him from beating her again and ended up facing a 2 year sentence. Emma also speaks about her young son’s involvement, Sony Capital Records, and Clinton Foundation connections, as well as the code words, tactics and deception used to cover up, discredit victims, and the Vault 7 technology that goes into the dark world of producing and protecting those involved in illegal child pornography.