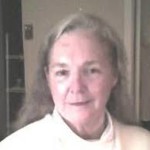 VANCOUVER, BC – Emily Windsor Cragg, the only daughter of the late Duke of Windsor, former King Edward VIII of the UK, announced in a NewsInsideOut.com interview with Alfred Lambremont Webre that she has filed a Claim to the UK Crown & Throne with the UK Parliament, the Archbishop of Canterbury, and the International Criminal Court.

Emily Windsor Cragg: My Claim to the UK Crown & Throne

Emily Windsor Cragg’s Claim is to force Elizabeth Windsor and her complicit, compli­ant “Royal” family to step down so the Royal Bloodline through King Edward VIII’s line can take up the Reign and do the job correctly–to confront, mediate, facilitate and problem-solve these conflicts of interest that “Her Majesty” has willfully and negli­gently allowed to slip through her fingers.

Under the Act of Settlement of 1701, the UK Parliament has the authority to reinstate the line of King Edward the VIII for cause, in which case Emily Windsor Cragg would be come UK Queen.

In her Claim, Ms. Windsor Cragg states that King Edward VIII was the victim of a deceptive, unlawful coup d’état that involved the occultist branch of the Windsor family – her Grandfather King George V, her Uncle King George VI and his half-brother Adolf Hitler – in a plot including MI5 double agent Wallace Warfield Simpson to take over the UK Crown from legitimate heir and non-occultist Christian King Edward VIII and stage World War II as a False Flag.

“What’s going on with the Windsor family RE SUCCESSION

“Edward violated the 1772 Marriage Act by marrying a divorcee [Wallace Warfield Simpson] who was [secretly] a double MI-5 agent in the employ of King George V during WWI serving as intermediary between the King and his German cousin Kaiser Wilhelm, as well as with the eldest illegitimate son, Adolph Hitler

“As a result Parliament [knowing the secret] passed an Act that removed Edward’s Royal privileges and all of any issue/children he may have ever had. There’s reason to believe from “a King’s Story,” that if Edward ever found out who and what Wallis was, it never seemed to show up in his writings or relationship at home; and his efforts to regain the throne were pitiful and few and consisted of some negotiations with Germans prior to WWII who were in charge anyway.

“Now. Charles has violated the exact same act, and his present wife has Catholic connections, also forbidden by Law. So, it appears to me that the Royals can do one of two things: Cut Charles and his kids off (William-the-avowed-Satanist, Harry and Baby George) as happened before to Edward;

“OR, by rescinding the special Act against Edward, they can place Charles back in the line of succession. Except for one ITEM: rescinding that Act would restore me as a member (albeit illegitimate] a half-member of the family, the bloodline of which I am a member in God’s sight by inheritance.” From Ms. Windsor Cragg’s Claim.

Address the House of Commons and House of Lords

Emily Windsor Cragg, who filed her claims with the UK Parliament in early January 2015, states that her next steps with be to follow up with the offices of the Prime Minister and the Leaders of the Opposition Parties, as well as with the House of Lords, to request the opportunity to address the House of Commons and House of Lords so as to avoid the constitutional crisis that has arisen as a result of Parliaments unlawful actions against her father King Edward VIII.

Emily Windsor Cragg has established a crowd funding project for individuals who would like to help support her Claim for the UK Crown & Throne and the values she would implement as UK Queen.

Fund Me: Bring Dreams to Life

CROWD-FUNDING: Donate to My Claim to the Crown & Throne of the United Kingdom

Her Majesty Queen Elizabeth II has withheld and overturned her own Powers to confront and address moral conflicts of interest in the UK, US, Australia, New Zealand and the Commonwealth; in doing so, she has failed to reign or rule as Queen.

Emily Windsor Cragg, the only daughter of the late Duke of Windsor, former King Edward VIII of the UK today announced that papers are being filed with the International Criminal Court to indict Her Royal Majesty Queen Elizabeth II with [fraud, malfeasance] Treason for the neglect of Coronation Vows to confront and address conflicts of interest in the United Kingdom.

Claims are filed with Parliament, with the Archbishop of Canterbury and the International Criminal Court to force Elizabeth Windsor and her complicit, compli­ant “Royal” family to step down so the Royal Bloodline through King Edward VIII’s line can take up the Reign and do the job correctly–to confront, mediate, facilitate and problem-solve these conflicts of interest that “Her Majesty” has willfully and negli­gently allowed to slip through her fingers.

On June 2, 1953, Elizabeth Windsor vowed and promised in her Coronation Vows:

ACTUAL JOB DESCRIPTION [POWERS] of the Queen of Britain:

Emily Windsor Cragg: My Claim to the UK Crown & Throne