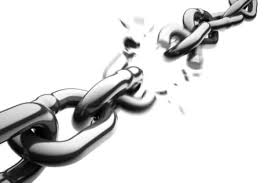 Before we get fully into the report, l want to first acknowledge and shed some light on the recent and slightly oppressive impasse that many were thrusted into soon after we exited the eclipse portal in mid May.

For those of you like myself who aren’t exactly sure what an impasse is:

impasse |ˈimˌpas, imˈpas| noun. a situation in which no progress is possible; a deadlock

According to my Sources, this temporary stalemate we’ve been awkwardly navigating since the Wesak full (Buddha) moon on 5/15 is the result of many moving parts, the bulk of which is related to our release from duality, that which initiates our global shift into the new physical world.

This whole ordeal really got rolling in April with a multitude of off-the-chart celestial happenings but apparently the recent new moon in Gemini also opened a massive doorway for humanity, one that served to facilitate our entry into a completely new way of life.

And to be clear, this isn’t just an opening for those “consciously on path”, this opening is affecting/penetrating every single aspect of the physical world as we know it…awakening new groups of people and simultaneously ushering the previously awakened deeper into full truth.  For those with lingering karmic remains, this period of time (full to new moon) was dedicated to important resolutions and balancing unresolved polarities (wholing separation) , a time you will soon notice as highly constructive if you were able to successfully remain witness (non-attached) to any past wounding. For those who have transcended separation consciousness, this time period was dedicated more specifically to the resurrection of your earth vessel, what the star beings call our actual vehicle for ascension.  More on that below…

The magnitude of what recently took place on the planet was some of the most impressive (if not harrowing) that I may have personally experienced, to date.  I make it my business to tune out the collective consciousness whenever possible in order to keep myself clear and stabilized in neutrality, but the last week or so that discipline became next to impossible as waves of these collective energies came TO me…with a vengeance, and seemingly uninvited.

At my most bereft, I tuned in to see what was going on and was told that a lot of the unyielding misery I was feeling was just some “good-ole-fashioned grid work”…that many of us at the helm agreed/volunteered at this specific juncture between the old and new world to help alchemize the collective heaviness invoked by the release of duality, especially in those who are, as yet, unable to responsibly process & neutralize overwhelming or toxic emotion.  In some cases this may have meant witnessing some personal projections, fear-based attacks, blame, unchecked aggression, generalized anxiety and other unfun stuff, but long as we don’t buy into those energies or take them personally (read: we are no longer a resonant match to them) they cannot really affect or harm us.

And yes it’s true that when we are whole and complete within ourselves, all unwholed emotions tend to slide off of our teflon shield of LOVE armor, yet, as the density really started shaking loose at the middle to end of May, the weight of it could really be felt.  Maybe not in a personal way, but in an ruthless way these energies seemed to stick to us like white-on-rice…like being held underwater for days on end.

On top of the stress from our own personal and physical (coal-to-diamond) compression of biological mutation, this release of collective suffering could also be acutely felt as an unreasonable blanket of heaviness, an impenetrable depression and an unsolvable separation from the finer frequencies of LOVE.  Add to this a serious STOP energy, kind of like a void, but way more irritating and restricting than that, and of course the continuous pounding of solar infusions to our cells, and you have far too few reasons to get out of bed.

It is one thing to be suspended in the stillness, but to be trapped in joylessness for this length of time with no escape or outlet is on the big league level.  Its the stuff that  mastery is made of.