Edward Snowden: “The Biggest Revelations Are Yet To Come” at Unscheduled TED Appearance 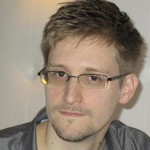 Edward Snowden: “The Biggest Revelations Are Yet To Come” at Unscheduled TED Appearance

Appearing by telepresence robot, Edward Snowden speaks at TED2014 about surveillance and Internet freedom. The right to data privacy, he suggests, is not a partisan issue, but requires a fundamental rethink of the role of the internet in our lives — and the laws that protect it. “Your rights matter,” he say, “because you never know when you’re going to need them.” Chris Anderson interviews, with special guest Tim Berners-Lee.