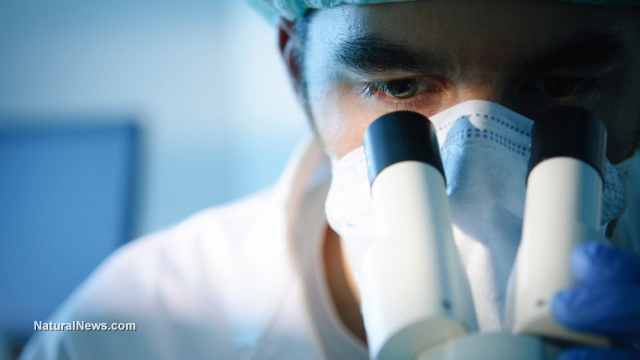 (Natural News) Do you remember when we were all told that butter was a sure way to guarantee an early death? Now we’re hearing it isn’t so bad after all. Eggs have gone from being a recipe for high cholesterol to “nature’s perfect food.” When it comes to medicine, it can be even cloudier: Do statins and antidepressants save lives or take them? If you follow health news, no one can blame you for being confused as studies seem to support two opposite stances.

How do you know what’s true? You might think that looking at the evidence would be the answer. After all, evidence can’t lie – or can it? The truth is a lot more complicated than what study results show. In fact, the very idea of evidence-based medicine is being called into question by the editors of some of medicine’s most prestigious journals.

For example, The Lancet’s Editor-in-Chief, Richard Horton, said in 2015: “The case against science is straightforward: much of the scientific literature, perhaps half, may simply be untrue.” He should know; countless studies surely crossed his desk during his time as the editor of this famous journal.

He’s not alone in feeling this way. The former Editor-in-Chief of the New England Journal of Medicine, Dr. Marcia Angell, said in 2009 that it was no longer possible to trust much of the clinical research being published or even to rely on the judgment passed by trusted doctors and other medical authorities. She said that her two decades as an editor opened her eyes to the deceitful ways of so-called evidence-based medicine.

What’s going on here? According to another former Editor-in-Chief of the New England Journal of Medicine, Dr. Arnold Seymour Relman, the medical profession is essentially paid for by the pharmaceutical industry, not just when it comes to practicing medicine but also teaching and research. He said it’s “disgraceful” that our nation’s academic institutions are letting themselves become paid agents of Big Pharma.

The deceptive ways of evidence-based medicine

One trick that many pharmaceutical companies use is known as selective publication, wherein they suppress negative trials. For example, Green Med Info reports that 36 out of the 37 studies that were favorable to antidepressants were published. That makes sense; companies want to make their products look as good as possible.

But what about the studies that weren’t favorable to antidepressants? There were 36 of those, but just three were published. Therefore, if you reviewed the literature, you’d find that 94 percent of studies favor these drugs even though the truth is that only 51 percent of them were, in fact, positive. It’s a simple manipulation that most people will never be aware of.

Another approach that many drug makers and researchers resort to is rigging the outcomes. Before the year 2000, those carrying out trials were not required to declare the endpoints that they measured. All they had to do, then, was measure several different endpoints, choose the one that made the medicine being tested look best, and declare the trial successful based on that. When the government started requiring companies to register what they plan to measure ahead of time in 2000, there was a clear decline in successful studies. Before 2000, 57 percent of trials had positive results; after 2000, just eight  percent of them showed good results.

Then there’s the matter of reprints. Publications exist to make money, and journals make a surprising amount of money on reprints. When a journal publishes a study that casts a particular medication in a positive light, the pharmaceutical firm behind the drug might order several hundred thousand copies of the study so they can be distributed to doctors. The Lancet gets 41 percent of its income from reprints, while the Journal of the American Medical Association gets 53 percent of its earnings from reprints. This means the journals are highly motivated to publish articles on studies that can essentially serve as marketing tools for big-money pharmaceutical firms.

While pharmaceutical companies, doctors, and journals get rich, countless people are being harmed and even killed by dangerous treatments, even though there was plenty of evidence that showed this is exactly what would happen if they took these medications – it just all got buried in the pursuit of the almighty dollar.