Edgar Cayce How to Develop Your Psychic Ability

Edgar Cayce How to Develop Your Psychic Ability 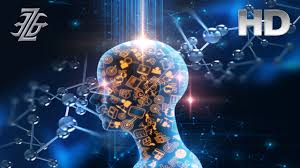 Edgar Cayce’s definition of psychic forces would be found by comparing the finite and the infinite. These convey entirely different impressions to our minds. Cayce says he finite mind pertains wholly to our faculties or abilities—which may feed the soul, provided we give it whatever may build to sustain its life. But the infinite mind, about which the first question would be, “How can you know the infinite?” cannot be discerned through reason.

Edgar Cayce said it is the finite mind which tries to reason, to distinguish and to define by comparison—processes which are only a portion of the faculties called psychic forces. Thus infinite mind is outside the realm of ordinary reasoning. We can comprehend the infinite only by a faculty that is superior to reason. That faculty is the psychic force. One must enter a state in which the finite self no longer exists!