Dutch Bankers Swear to God as Trust in Lenders Slumps 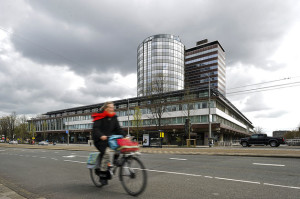 Dutch Bankers Swear to God as Trust in Lenders Slumps

“I swear that I will do my utmost to preserve and

enhance confidence in the financial-services industry. So help me God.”

The oath, the first of its kind in Europe, became binding on board members of Dutch banks last month as the government sought to rein in an industry with assets more than four times the size of the country’s economy. All 90,000 Dutch bank employees must take the pledge, or a non-religious affirmation, starting the second half of this year. They’ll be punished should they break new ethical rules, Banking Association Chairman Chris Buijink said in an interview in Amsterdam.

Dutch bankers who fail to abide by the new rules may be blacklisted, face fines or suspensions, Buijink, 59, said. The revised code will be completed within months and disciplinary sanctions will be applied at the start of next year, he said.

Bankers across the globe are struggling to convince the public that they are stamping out unethical behavior that contributed to a 2008 financial crisis, costing taxpayers hundreds of billions of dollars in bailouts. The Netherlands is demanding bankers enforce stricter codes of conduct after spending more than 95 billion euros ($128 billion) in capital and guarantees over the past six years to bail banks out.

Bert Bruggink, chief financial officer at Rabobank Groep, the Dutch bank fined 774 million euros in October for its part in a global interest rate-rigging scandal, took the oath last year in a ceremony with Lense Koopmans, the supervisory board chairman who has since left the company. He said the words were a confirmation of the ethics he already sticks to.

“It’s a good signal to your employees and brings back awareness of the importance of these values,” said Bruggink, 50, who’s been CFO of the biggest Dutch mortgage lender since 2004. “It fits in with these times, where banks have to work hard to restore trust.”

Many aspects of the new disciplinary system remain unclear. Dutch banks have almost a year to set it up. There would be a disciplinary commission or tribunal similar to those policing the country’s brokers, investment advisers and medical profession. The system would apply to all bank employees taking the oath.

Public confidence in banks slumped globally as taxpayer money was used to rescue them and fines were levied for alleged wrongdoing such as manipulating interest rates and misselling financial products. U.S. and European lenders have incurred more than $200 billion in legal and liability expenses, according to data compiled by Bloomberg.

ING supports the Dutch Banking Association’s plan to extend the oath and is considering how to implement this meaningfully for about 17,000 people it employs in the Netherlands, Carolien van der Giessen, a spokeswoman based in Amsterdam, said in an e-mailed response to questions.

The cost of bank rescues in the Netherlands contributed to an increase in national debt to an estimated 75 percent of gross domestic product in 2013 from 46 percent in 2007. The budget deficit grew to as much as 5.6 percent of GDP since the crisis, the widest since 1995.

The financial services industry is the least trusted of all industries globally, according to a survey of 31,000 people in 26 countries published by public-relations firm Edelman two weeks ago. Thirteen percent of Dutch citizens see banks’ performance as good or excellent compared with an average of 33 percent globally, the survey showed.

Thirty-four percent of Dutch citizens expressed trust in the finance industry last year compared with 90 percent in 2008, according to research published in December byRonald Pont and Rene Tissen. Pont, a consultant, and Tissen, a professor at Nyenrode Business University in Breukelen, the Netherlands, have studied data and reports from companies, regulators and consultants annually since 2008.

The U.K.’s biggest banks, including Barclays Plc (BARC), HSBC Holdings Plc (HSBA) and Royal Bank of Scotland Group Plc named Richard Lambert to run a group to oversee industry standards of competence and behavior last year. Lambert, former head of the Confederation of British Industry, will publish recommendations by the end of March. In Australia, bankers developed an oath that individuals can adopt voluntarily as a personal commitment.

Deutsche Bank AG, Europe’s biggest investment bank by revenue, published a set of values for employees on its website in July, after saying it was introducing measures to enforce cultural change in 2012. In December, the company was among six banks fined a total of 1.7 billion euros by the European Union for rigging interest rates linked to Libor. It has spent 5.3 billion euros on regulatory fines and legal settlements since 2008.

“An oath can be effective only if it is part of a broad reform program,” John Boatright, a professor of business ethics at Loyola University Chicago, said in an e-mailed response to questions. “It could be highly effective when combined with more stringent regulation and a more detailed code of conduct.”

Dijsselbloem, who also leads the euro area’s group of finance ministers, has said he may step in and enforce disciplinary sanctions should the industry fail to do so. For now, Dijsselbloem will amend existing legislation on supervision to ensure disciplinary rules developed by the banks become binding on all employees.

The Netherlands also plans to limit bankers’ bonuses to 20 percent of pay, a level that goes beyond European Union plans of one times salary, Dijsselbloem said in November. Rabobank and ING have expressed concern, saying it will be more difficult to attract and retain staff.

To contact the reporter on this story: Maud van Gaal in Amsterdam at mvangaal@bloomberg.net

To contact the editor responsible for this story: Frank Connelly at fconnelly@bloomberg.net