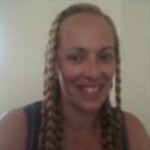 Published on Removing the Shackles, on August 2, 2014