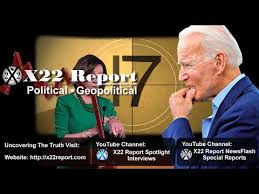 The [DS] impeachment plan has just failed. The secret meeting behind close doors are not working, and they do not have the votes, the fake investigation is going know where. Trump lets the public know that the FISA report is coming and it is bad,plus he wants to know where the server is that holds HRC emails. The patriots are rejecting the fake subpoenas. The Syrian plan is moving forward, and the terrorist are being removed from the Kurd area. The [DS] is panicking and they are sending messages, JB flubs and says the number 17, NP wears green with a bullet bracelet with orange beads.