D’s June 27 update: TCI Summary and the Will and the Word 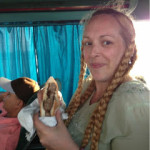 June 27 update: TCI Summary and the Will and the Word

Hello you Awesome Beacons of Light! As listeners might of noticed, I missed this weeks TCI show …. AGAIN! My excuse is being busy elsewhere/elsewhen and completely loosing track of time. I’ve promised Lisa that I WILL be on this coming weeks TCI show for sure! Here is Gingers summary of this weeks show.

At the moment we have been working non-stop for the past 5 days on some pretty heavy shit. We were so busy that I couldn’t do the 3 way interview with Caleb and Heather and I, even though we live(d) just steps apart. Caleb should be touching down at home right around now. Once he’s gotten his head wrapped around being back in the US (lol), he will be “writing” the I UV page for Project XIII- this will take a few days to complete. At that point, we will do the interview so that we can do a full run down of everything up to that moment. UPDATE on Project XIII: Caleb is still waiting on approval of the apps from the iStore and Microsoft. IF they delay/continue to delay, Caleb will launch the Desktop version and to hell with them!

In the past 72 hours or so, some very very interesting things have happened. Discoveries and insights made and voiced openly over skype have insure that the NSA (and the rest of the alphabet agencies) got an update as to exactly what’s happening…… and they can’t stop it, lol. This started a cacophony, and Heather suddenly got a slew of communications from all over the place. Many meant well, but their info was corrupted, and basically immaterial.

…. This isn’t about Politics & Finance any more. It’s about the energetics. “They” know that. Hence they attempted to keep us busy and off guard for a few days. Rex’s party tricks were mildly disturbing months ago when he tried to meddle in our dreams etc…. but now they are literally just a giggle. Sorry Rex. We saw through that one too. ;>)

Rex and a few other “DIVINE” wannabees tried to interfere in the desert aswell and all that got them was a front row seat to the action with no where to hide and no way to escape. Note to them: Sorry dudes, we ain’t playing that game- nice try, but this time you don’t even get party hat to take home with you. This IS happening and there is NOTHING you can do about it. You can stomp your feet, tell your lies, try to push and pull people to do what you want to further your agenda, but in the end it doesn’t matter for squat.

If you are watching all the various alternative news and “light worker” web sites, you can absolutely SEE the pushing and pulling that “they” are trying to do. People are appearing out of the woodwork, trying to convince everyone that they have the answer. That this group or that group will save the world. Here is the problem: ALL of these groups are trying to work within the corrupt paradigm that exists NOW. Therein lies the very obvious problem.

When we talk about manifestation, everything needs to line up, all in that direction that you’ve chosen. You set your intent energetically, you speak the words, and then you DO. If everything is aligned, then your intent manifests at the speed of heart. If everything isn’t aligned- mentally, emotionally, physically, “spiritually”- then delays occur and that manifestation may take time to appear as it works through the “kinks”….

“And there shall come a great light, and in that light shall that which was broken be healed, and interrupted Purpose shall proceed again, as was from the beginning intended.” ~ David Eddings

The Intent has been set. The words have been spoken…… and now we DO.
D

3 Comments to “ D’s June 27 update: TCI Summary and the Will and the Word”