Dr Robert Willner Injects “HIV” into himself on TV

Dr Robert Willner Injects “HIV” into himself on TV 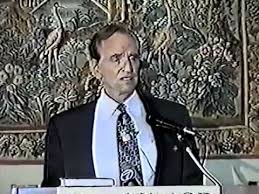 Dr Willner (a medical doctor of 40 years experience) an outspoken whistleblower of the AIDS hoax.

infront of a gathering of about 30 alternative-medicine practitioners and several journalists, Willner stuck a needle in the finger of Andres, 27, a Fort Lauderdale student who says he has tested positive for HIV. Then, wincing, the 65-year-old doctor stuck himself.

In 1993, Dr. Willner stunned Spain by inoculating himself with the blood of Pedro Tocino, an HIV positive hemophiliac. This demonstration of devotion to the truth and the Hippocratic Oath he took, nearly 40 years before, was reported on the front page of every major newspaper in Spain. His appearance on Spain’s most popular television show envoked a 4 to 1 response by the viewing audience in favor of his position against the “AIDS hypothesis.” When asked why he would put his life on the line to make a point, Dr. Willner replied: “I do this to put a stop to the greatest murderous fraud in medical history. By injecting myself with HIV positive blood, I am proving the point as Dr. Walter Reed did to prove the truth about yellow fever. In this way it is my hope to expose the truth about HIV in the interest of all mankind.”

Thanks to John McNair who supplied the video file.