Donald Trump signs directive to send astronauts back to Moon

Donald Trump signs directive to send astronauts back to Moon 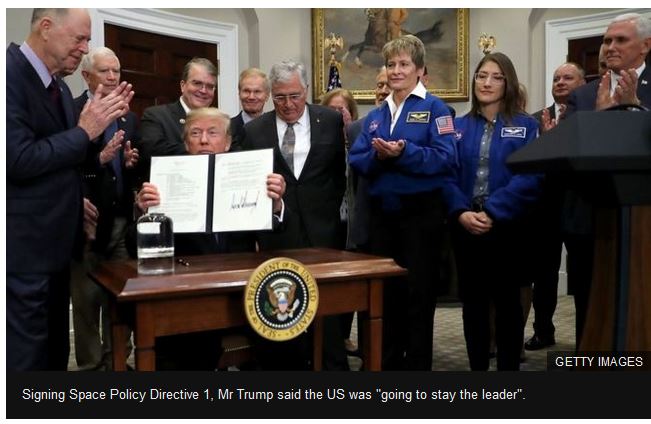 US President Donald Trump has directed Nasa to plan a crewed mission to the Moon for the first time since 1972.

It will focus on long-term explorations and use of the Moon’s surface, in partnership with the private sector.

Mr Trump also said the program would lay the foundation for an eventual mission to Mars, although he did not give a date for this.

Correspondents say any realistic effort will probably need Congress to agree to a big funding boost.

There is bipartisan support for further space exploration but parties disagree over the timeline and budget.

The new directive is recommended by the National Space Council, headed by Vice President Mike Pence.

But the Trump administration has not supplied information on how the new objective is to be achieved, and on what timescale. 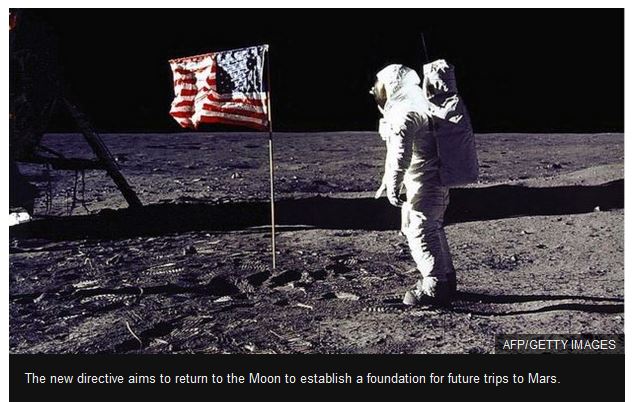 With this directive, Mr Trump abandons plans set by his predecessor Barack Obama, to send humans to an asteroid near Earth.

“Nasa looks forward to supporting the president’s directive strategically aligning our work to return humans to the moon, travel to Mars and opening the deeper solar system beyond,” he said in a statement.