Donald Trump Saved Us From More Than #PizzaGate

Donald Trump Saved Us From More Than #PizzaGate 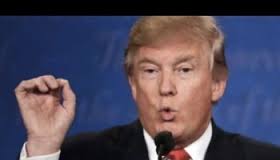 PizzaGate is entirely real, but only part of the equation: why do you think the broadcast media has broken down into a “Fake News! Don’t trust anything you read online!” freak show? Why NOW? Internet media is not a brand new industry, after all. Why do you think Hillary Clinton’s people are pushing feverishly for recounts and “briefings” on Russia’s hack of the election, even though no such thing occurred?

They’re covering for PizzaGate, which is real and going viral worldwide. John Podesta, Hillary Clinton’s campaign chairman, is a Satanic pedophile who gets invited to Spiritcookings. It’s in the Wikileaks. We’re seeing social media reports of millions of South Koreans protesting their leadership due to Wikileaks revelations suggesting some of their politicians are also tied up in the globalist Satanic cult.

It’s a global problem. Electing Donald Trump was only the start of the solution. This is Global Justice, and unawakened low energy elites will pay dearly: even hiding in Antarctica or the Arctic would hardly spare these filth from the public trials and investigations ahead for them. We are angry. And we KNOW now; no longer theories or rumors.

Not financial advice – No warranties or guarantees provided – Not a paid promotion of any product or service, however, an affiliate/referral link may be provided here