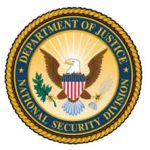 Geoffrey S. Berman, the United States Attorney for the Southern District of New York, William F. Sweeney Jr., Assistant Director-in-Charge of the New York Division of the Federal Bureau of Investigation (“FBI”), and Eric M. Thorson, Inspector General for the Department of Treasury, announced today the filing of a criminal complaint charging NATALIE MAYFLOWER SOURS EDWARDS, a/k/a “Natalie Sours,” a/k/a “Natalie May Edwards,” a/k/a “May Edwards,” who is a Senior Advisor at the Treasury Department’s Financial Crimes Enforcement Network (“FinCEN”), with unlawfully disclosing Suspicious Activity Reports (“SARs”) and conspiracy to do the same.  EDWARDS was arrested yesterday and will be presented this afternoon in the United States District Court for the Eastern District of Virginia.

U.S. Attorney Geoffrey S. Berman said:  “Natalie Mayflower Sours Edwards, a senior-level FinCEN employee, allegedly betrayed her position of trust by repeatedly disclosing highly sensitive information contained in Suspicious Activity Reports (SARs) to an individual not authorized to receive them.  SARs, which are filed confidentially by banks and other financial institutions to alert law enforcement to potentially illegal transactions, are not public documents, and it is an independent federal crime to disclose them outside of one’s official duties.  We hope today’s charges remind those in positions of trust within government agencies that the unlawful sharing of sensitive documents will not be tolerated and will be met with swift justice by this Office.”

FBI Assistant Director-in-Charge William F. Sweeney Jr. said:  “In her position, Edwards was entrusted with sensitive government information.  As we allege here today, Edwards violated that trust when she made several unauthorized disclosures to the media.  Today’s action demonstrates that those who fail to protect the integrity of government information will be rightfully held accountable for their behavior.”

Treasury Department Inspector General Eric Thorson said:  “Our criminal investigators have been at the center of this investigation as a core part of our responsibility to detect and prevent threats to the integrity and efficiency of Treasury programs and operations.  We are committed to working with our law enforcement partners and with FinCEN and other Treasury officials, and appreciate their cooperation and support.”

Treasury Under Secretary for Terrorism and Financial Intelligence Sigal Mandelker said:  “Protecting sensitive information is one of our most critical responsibilities, and it is a role that we take very seriously.  We have fully and proactively supported Treasury’s Office of Inspector General’s investigation of leaks of protected information, and thank them for their hard work with the U.S. Attorney’s Office to hold accountable those responsible.”

According to the Complaint[1] filed today in Manhattan federal court:

The mission of FinCEN is to “safeguard the financial system from illicit use and combat money laundering and promote national security through the collection, analysis, and dissemination of financial intelligence and strategic use of financial authorities.”[2]  Among other things, FinCEN manages the collection and maintenance of SARs regarding potentially suspicious financial transactions, which, under the Bank Secrecy Act, U.S. financial institutions and other parties are required by law to generate and deliver to FinCEN.  Under the BSA and its implementing regulations, willful disclosure of a SAR or its contents by government employees or agents except as necessary to fulfill official duties is a felony.

Beginning in approximately October 2017, and lasting until the present, EDWARDS unlawfully disclosed numerous SARs to a reporter (“Reporter-1”), the substance of which were published over the course of approximately 12 articles by a news organization for which Reporter-1 wrote (“News Organization-1”).  The illegally disclosed SARs pertained to, among other things, Paul Manafort, Richard Gates, the Russian Embassy, Mariia Butina, and Prevezon Alexander.  EDWARDS had access to each of the pertinent SARs and saved them – along with thousands of other files containing sensitive government information – to a flash drive provided to her by FinCEN.  She transmitted the SARs to Reporter-1 by means that included taking photographs of them and texting the photographs to Reporter-1 over an encrypted application.  In addition to disseminating SARs to Reporter-1, EDWARDS sent Reporter-1 internal FinCEN emails appearing to relate to SARs or other information protected by the BSA, and FinCEN non-public memoranda, including Investigative Memos and Intelligence Assessments published by the FinCEN Intelligence Division, which contained confidential personal, business, and/or security threat assessments.

At the time of EDWARDS’s arrest, she was in possession of a flash drive appearing to be the flash drive on which she saved the unlawfully disclosed SARs, and a cellphone containing numerous communications over an encrypted application in which she transmitted SARs and other sensitive government information to Reporter-1.

EDWARDS, 40, of Quinton, Virginia, is charged with one count of unauthorized disclosures of suspicious activity reports and one count of conspiracy to make unauthorized disclosures of suspicious activity reports, both of which carry a maximum sentence of five years in prison.  The statutory maximum penalties are prescribed by Congress and are provided here for informational purposes only, as any sentencings of the defendants would be determined by the judge.

This case is being handled by the Office’s Public Corruption Unit.  Assistant U.S. Attorneys Kimberly J. Ravener and Daniel C. Richenthal are in charge of the prosecution.


[1] The charges contained in the Complaint are merely accusations, and EDWARDS is presumed innocent unless and until proven guilty.