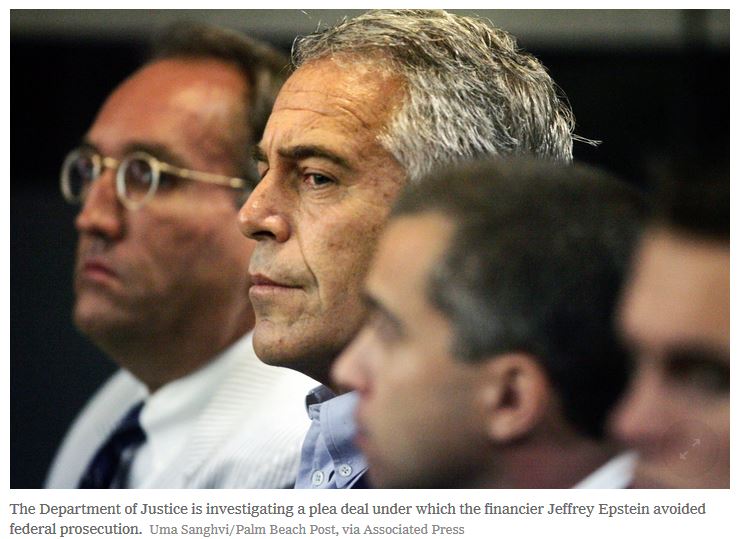 Sasse: “The victims of Epstein’s child sex trafficking ring deserve this investigation – and so do the American people and the members of law enforcement who work to put these kinds of monsters behind bars.”

Today, U.S. Senator Ben Sasse, a member of the Senate Judiciary Committee, announced that the Department of Justice has responded to his multiple requests and opened an investigation into its handling of the prosecution of child-rapist Jeffrey Epstein.

“Jeffrey Epstein is a child rapist and there’s not a single mom or dad in America who shouldn’t be horrified by the fact that he received a pathetically soft sentence,” said Senator Sasse today.“The victims of Epstein’s child sex trafficking ring deserve this investigation – and so do the American people and the members of law enforcement who work to put these kinds of monsters behind bars. Parents should be grateful for the men and women at the DOJ who are committed to transparency and accountability and for the soon-to-be Attorney General who is committed to pursuing justice.”

The Department of Justice’s letter to Senator Sasse (available here) says, in part: “[Department of Justice Office of Professional Responsibility] has now opened an investigation into allegations that Department attorneys may have committed professional misconduct in the manner in which the Epstein criminal matter was resolved. OPR will thoroughly investigate the allegations of misconduct that have been raised and, consistent with its practice, will share its results with you at the conclusion of its investigation as appropriate.”

Beginning on December 3, 2018, Sasse has repeatedly pushed the DOJ to investigate the sweetheart deal that Epstein received.

On January 15, 2019, during his confirmation hearing, William Barr, the President’s nominee for Attorney General, publicly committed to making sure that the DOJ responded to Senator Sasse’s questions into the Epstein case and that they would prioritize the prosecution of sex-trafficking.