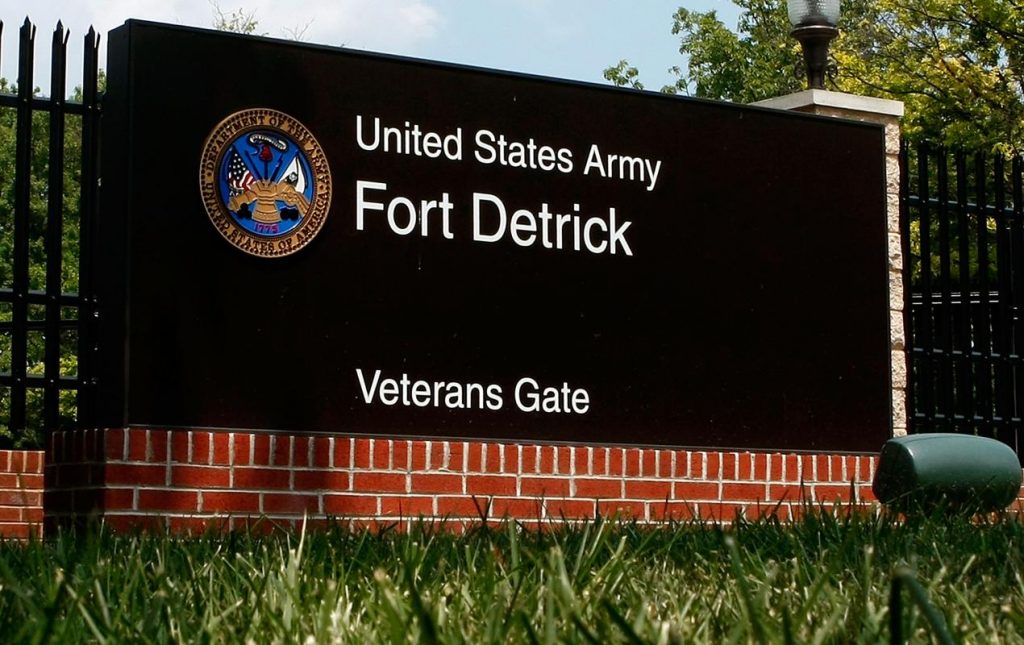 Though often omitted from public conversations about pandemic solutions, the U.S. military has a huge stake in fighting deadly infectious diseases and quietly has been researching novel treatments for years at its secretive biodefense lab at Fort Detrick.

The reasons are mission obvious. With soldiers deployed in exotic locations around the world where novel viruses like Ebola, Zika or bird and swine flus can strike with lighting speed and alarming fatality, the Pentagon wants to make sure it has treatments to keep its forces from being disabled

It’s from that body of research that an intriguing potential remedy, an organic extract, has emerged. And of all sources, it comes from the common but toxic flowering plant olean

Dr. John Dye, chief of viral immunology at the USAMRIID lab at Fort Detrick, confirmed to Just the News that his team began testing the extract known as oleandrin a few years ago and found it was effective in fighting the Ebola and Marburg viruses. The Army lab is now ramping up a rapid plan to test oleandrin against COVID-19.

“We found that at non-toxic concentrations, oleandrin was efficacious at slowing and halting viral growth in tissue culture assays” for the Ebola and Marburg viruses, Dye said in emailed answers to questions.

Because those viruses are enveloped, just like COVID-19, the lab is pressing ahead to do similar tests on the theory that the extract may have similar effects on the coronavirus at the center of today’s pandemic, he said.

“We are finalizing arrangements to test oleandrin in our tissue culture assays for COVID-19 virus,” he said.

Oleandrin has been a rising star in the biomedical world the last few years, with some clinical trials now showing it has helped several types of cancer patients improve. Because it is natural and appears to work in low, non-toxic doses and has a track record in the cancer world, it could have appeal should Dye’s lab find it works on the coronavirus.

In fact, Dye said, it was oleandrin’s success in cancer research that first put it on his team’s radar.

“A scientist moved from MD Anderson Cancer Center in Houston to my group, and he provided the introduction for the oleandrin team,” he explained. “We were encouraged by the data that had been generated against other infectious viruses and decided to pursue testing with the filoviruses, Ebola and Marburg.”

Fort Detrick’s research was presented at a 2017 medical conference that did not generate much media attention but provided a strong endorsement that oleandrin appeared to have strong potential for fighting enveloped viruses, which use disguises to infect the body without detection. Dye and a fellow researcher from Fort Detrick joined the findings along with scientists for Phoenix Biotechnology, the San Antonio, Texas-based company that has developed the extract.

Oleandrin “fully inhibited” the Marburg and Ebola viruses in petri dishes, suggesting the natural compound has “broad spectrum efficacy” and may also have “antiviral efficacy against other enveloped viruses,” the researchers’ presentation declared in 2017.

Antiviral potency from an extract of Nerium oleander

It was that data that gave Dye’s lab an interest in testing oleandrin against COVID-19 now. If the in-vitro tests show it works, the next step would be human testing in clinical trials.

Andrew Whitney, executive chairman of Phoenix Biotechnology, told Just the News he is excited that Dye’s lab is beginning testing against the coronavirus and said a separate lab has already done extensive testing in recent weeks and preliminarily found oleandrin is effective against COVID-19.

“One leading U.S. institution has already reported remarkable efficacy of our compound against COVID-19, having completed multiple lab studies over the past month. We will soon make the details of that public,” he said.

Because oleandrin already has wide user in cancer trials and comes from a plentiful flower product, it has advantages in getting to market more quickly should Fort Detrick’s tests and then subsequent clinical trials find it is effective and safe, he added.

“Of great importance is the fact that our solution is based on an Active Principal Ingredient that is 100% natural, made entirely in America, and our solution is available in significant scale, now,” he said.