Do these 9.7 million-year-old teeth suggest EUROPE is the cradle of humanity? Controversial discovery could ‘rewrite the history of mankind’

Do these 9.7 million-year-old teeth suggest EUROPE is the cradle of humanity? Controversial discovery could ‘rewrite the history of mankind’

By Shivali Best For Mailonline, published on October 20, 2107

The discovery of a set of 9.7-million-year-old teeth has led archaeologists to raise questions about the commonly believed ‘out-of-Africa’ theory of human origins.

The teeth, which were discovered in a former bed of the Rhine river, don’t resemble those of any other human species found in Europe or Asia.

The find suggests that contrary to popular belief, Europe may be the cradle of humanity.

The researchers claim they were so baffled by the findings, that it has taken them a year to announce the discovery.

The teeth are currently being examined in detail by a team of scientists and the first paper to report on the finding will be published next week. 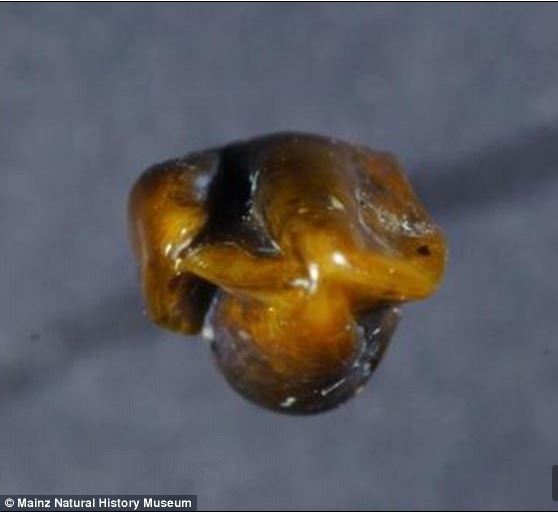 The discovery of a set of 9.7-million-year-old teeth has led archaeologists to raise questions about the commonly believed ‘out-of-Africa’ theory of human origins

In September 2016, researchers from the Mainz Natural History Museum in Germany discovered the set of teeth near the town of Eppelsheim.

In their study, published on ResearchGate, the researchers, led by Dr Herbert Lutz, wrote: ‘Both teeth, the crowns of an upper left canine and an upper right first molar, are exceptionally well preserved and obviously come from the same body of unknown sex.’

The molar was found to share characteristics with other species, including Lucy – a 3.2 million-year-old skeleton of a human ancestor found in Ethiopia. 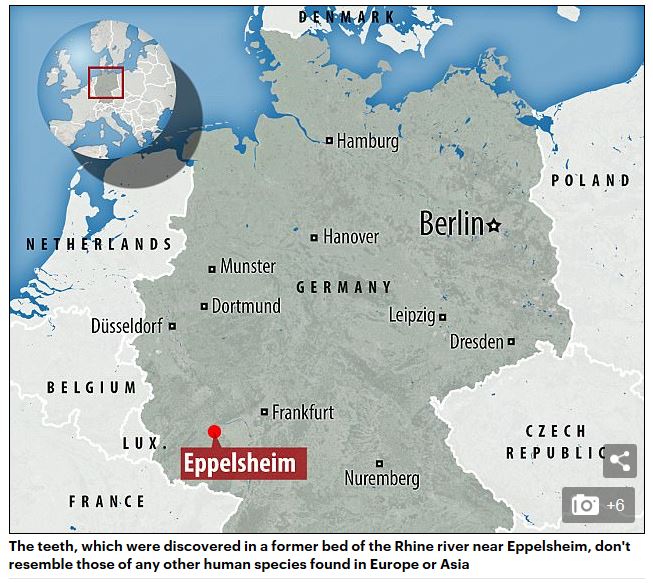 But the canine revealed potentially hominin qualities, which have never been seen in teeth discovered in Europe or Asia.

This raises questions about whether humans originated in Africa, as is commonly believed.

Speaking to The Merkurist, Dr Lutz said: ‘They are clearly ape teeth. 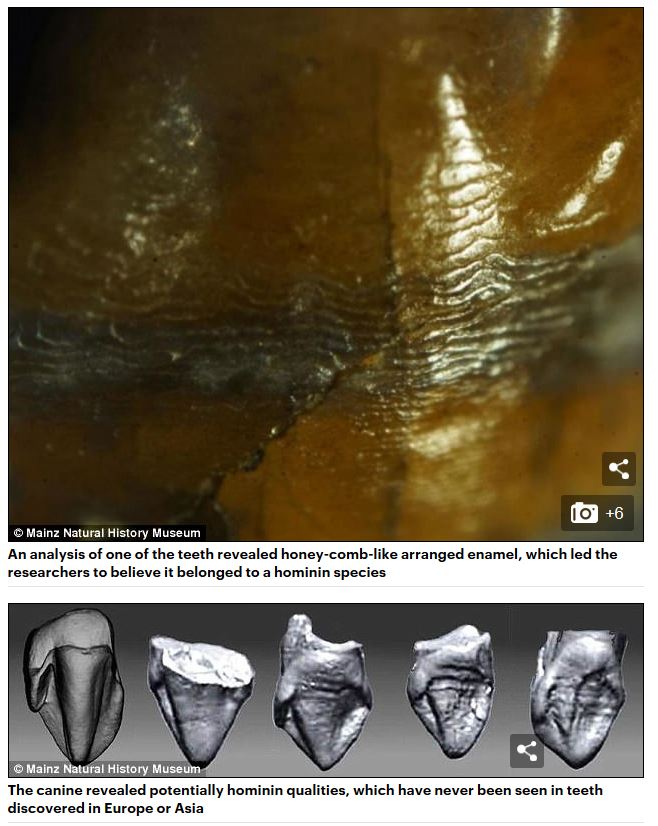 ‘Their characteristics resemble African finds that are four to five million years younger than the fossils excavated in Eppelsheim.

‘This is a tremendous stroke of luck, but also a great mystery.’

The researchers were initially so baffled by the findings, that they took a year to publish them. 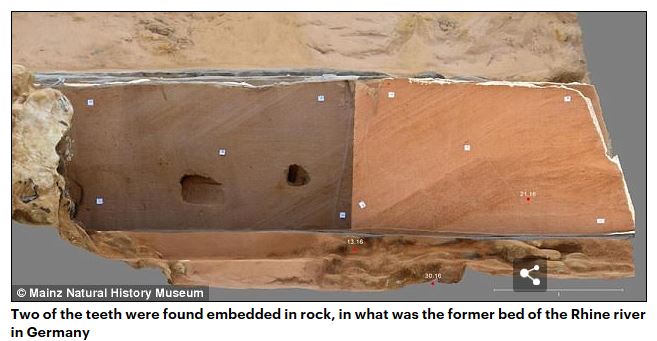 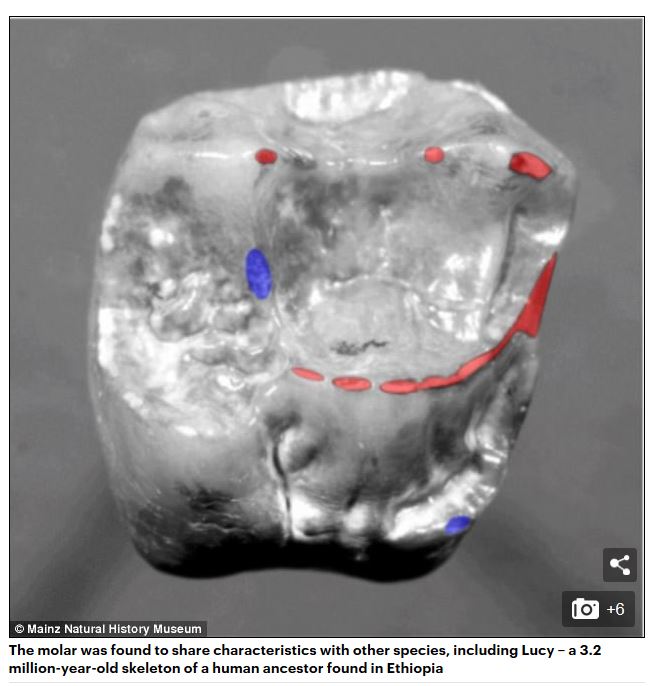 At a press conference announcing the discovery, the mayor of Mainz said: ‘I don’t want to over-dramatise it, but I would hypothesise that we shall have to start rewriting the history of mankind after today.’

While the findings have now been published, Dr Lutz said the ‘real work’ had only just begun. 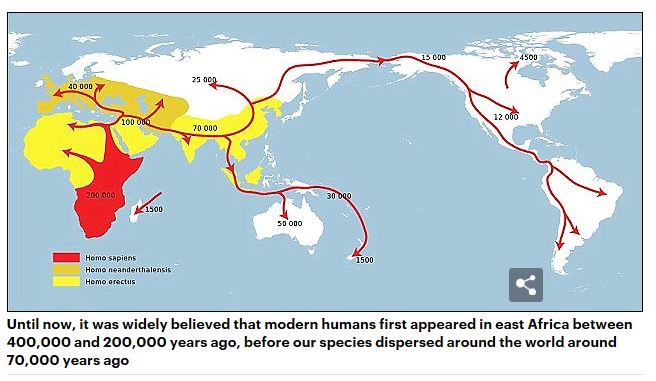 Lucy’s remains were uncovered in the Afar region of Ethiopia in the 1970s.

Paleontologists believe she is the best preserved example of Australopithecus afarensis, an ancient branch of the human family tree.

The mineralised skeleton is believed to be 3.18 million years old and is the most complete of any upright, walking human ancestor. 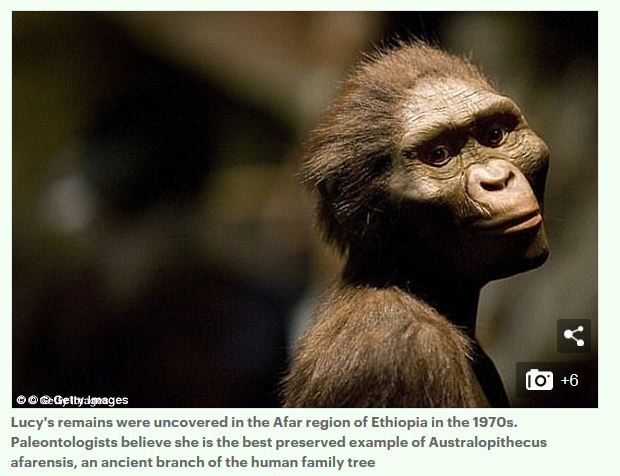 Since her discovery, researchers have debated whether she spent her life in the trees or spent time walking on the plains as well.

Combining the new data paints a picture of an ancestor which may have spent a considerable amount of her time in trees. 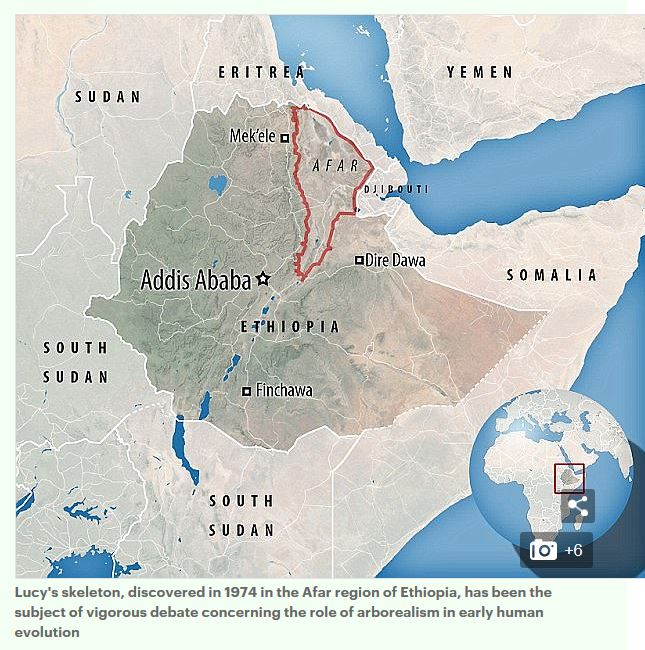 There is lots of evidence of great apes roaming Europe millions of years ago, but there is yet to be any confirmed evidence of hominins on the continent at this time.

Until now, it was widely believed that modern humans first appeared in east Africa between 400,000 and 200,000 years ago, before our species dispersed around the world around 70,000 years ago.

The human lineage was believed to have split from the chimpanzee lineage in Africa around six to eight million years ago, although fossils from around this time are scarce.

The teeth will now go on display at a state exhibition, before returning to Mainz’s Natural History Museum.

4 million years ago – Ape like early humans, the Australopithecines appeared. They had brains no larger than a chimpanzee’s but other more human like features

2.7 million years ago – Paranthropus, lived in woods and had massive jaws for chewing

2.3 million years ago – Homo habalis first thought to have appeared in Africa

400,000 years ago – Neanderthals first begin to appear and spread across Europe and Asia

3 Comments to “ Do these 9.7 million-year-old teeth suggest EUROPE is the cradle of humanity? Controversial discovery could ‘rewrite the history of mankind’”